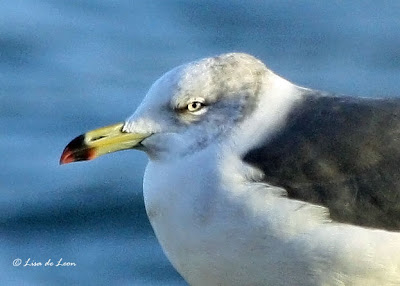 December 1st marked the opening day of the Winter Bird Count. Right on cue - St. John's, Newfoundland had a bird event! A Black-tailed Gull was spotted by Dave Brown at Pier 17 and the word rang out. In no time birders lined the wharf with binoculars, scopes and cameras outfitted with lenses of all lengths. This was a big event! 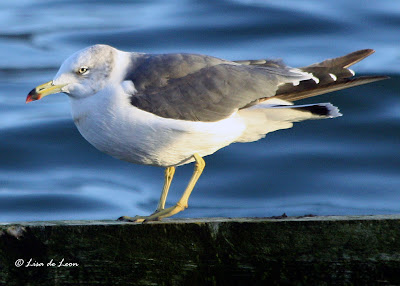 While I clearly am no expert on birds nor gulls, word among the seasoned birders is that this is only the second recorded visit of a Black-tailed Gull to this island. The last recorded sighting was in 1998. 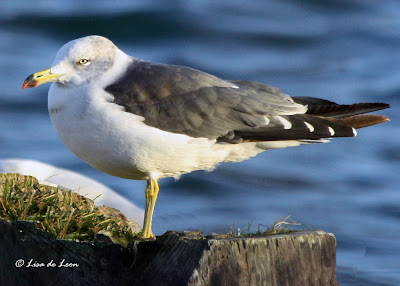 The Black-tailed Gull is native to Japan and can be found on the Eastern coast of Russia and further south to China and Korea. Maybe this one was in Korea and got wind of the trouble brewing there and decided to get as far away from there as possible. 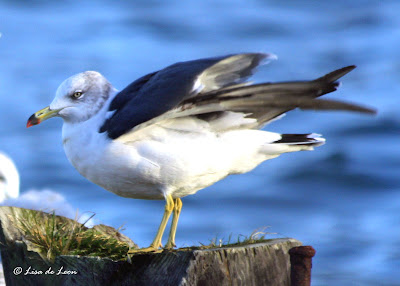 Many of the pictures that I viewed when reading about this bird show that the eye has a red eye ring. This one doesn't. I don't know if that has to do with the age of the bird or some other reason. If any one knows the answer to this, please post a comment. 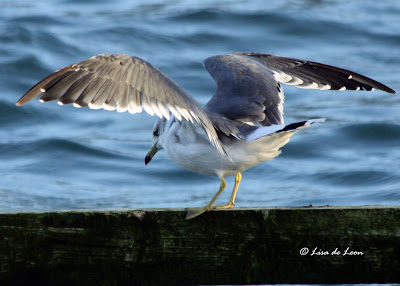 This bird showed up at Pier 17 where it stayed for more than an hour before it flew off. Three hours later it was relocated by Dave sitting on a pylon in St. John's Harbour. It swayed with the rhythm of the ocean and seemed very content. It stayed in this location for more than two hours while many birders drove nearby and studied and photographed it. It was unfortunate that a chain-link fence separated the bird from all of the cameras. It was a challenge to get a clear shot with the lines of the fence in the foreground. 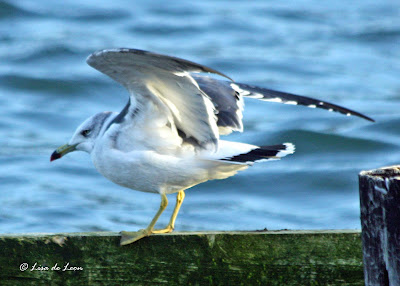 In this shot the black tail, for which it is named, is clearly visible. I selected a group of pictures from many that would best show the different features of this bird, including the beak, the eye, the tail, the spread wings and the head and mantle. 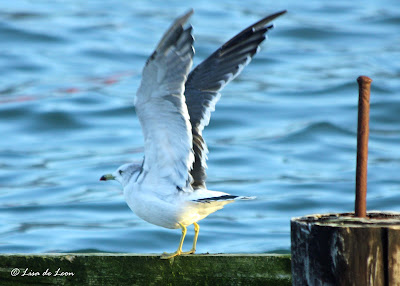 Being a new birder, almost any bird sighting is an event for me, but it was clear that this sighting was an event for every birdwatcher that could get to the water front. It is always very interesting to note the enthusiasm of birders and the nonchalance of passersby who see all of the gear and people looking at something. During my time at the Pier and at the wharf, not one person asked what we were doing. 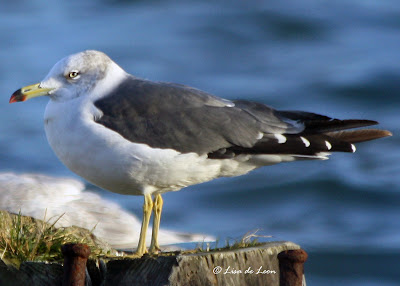 This Black-tailed Gull didn't appear to be distracted either by our presence. What is his story? By what route did he travel to get here? Will he stay? The BTG was seen again this morning at Pier 17. Sometimes, when a bird stays that long, it stays for quite a while. Who knows? The bird looks healthy and may just choose to have a winter vacation right here in Newfoundland. 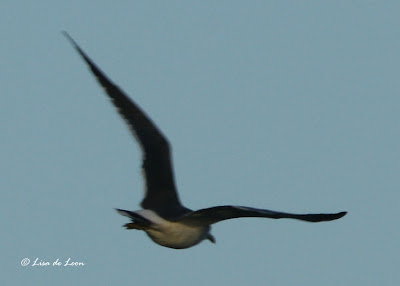 After several hours of posing, the Black-tailed Gull lifted and flew off into the sunset leaving many satisfied enthusiast behind.
Posted by Lisa de Leon at 2:45 PM