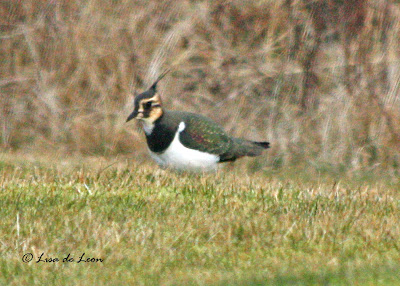 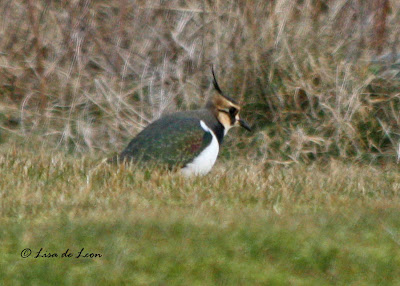 I have been watching birds for less than a year now, but I can remember last year seeing postings about a visiting Northern Lapwing. Right away I looked up pictures and thought the bird was amazing. It is a Eurasian bird that rarely but on occasion finds its way here. 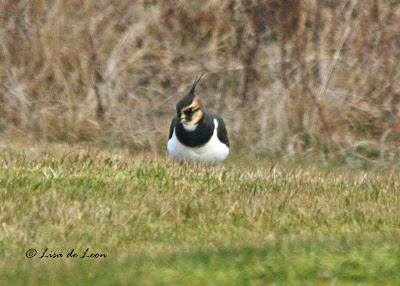 If I recall correctly, the Northern Lapwing (NL) of last year was found on the Cape Race road. I really figured that I wouldn't see the bird because that is not an easy road to drive, and I didn't plan to take it on. I became hopeful when I recently learned that a NL had been found in Portugal Cove South and had remained for about a week.
I really wanted to go but I had other obligations. When the plans suddenly shifted on Saturday, I called an old friend to join me on a drive down the Southern Shore. It was a beautiful sunny, crisp day and that alone would be enjoyable.
We (Linda C. and I) got a late start because of the change in plans, so there wasn't much time to tarry along the way. We did stop in a few places on our way to Portugal Cove South (PCS) and found a few birds that I will share over the days to come. 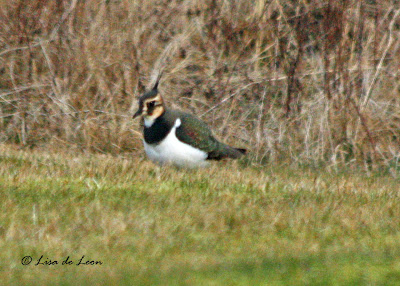 When we arrived in PCS I asked for help from a resident to give us directions to the place where the bird had been sighted, near the fire hall. He was so kind and got in his car to lead us there. (Aside: Only in Newfoundland will someone drop his outdoor Christmas decorating 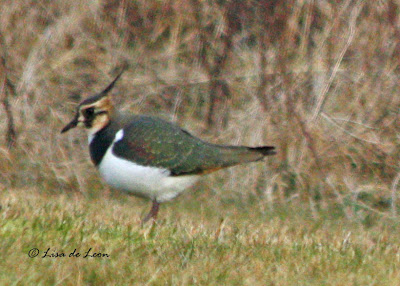 mid-stream and get in the car to lead a stranger up the road.) He was a living example of the Christmas Spirit.

When we reached the site where the NL had been regularly sighted, the man who owned the property came out and gave us a short history of the day's activity. Again, he was very helpful. Although the NL was nowhere around, he said that it tended to return to this field in the late evening.

We decided to venture out a bit in the area to see what else we might find with the intention of returning to this location just before dark. 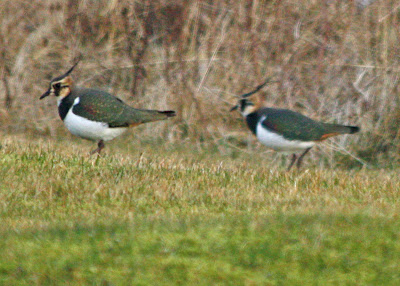 We drove around and looked around but didn't see anything special. It was time for us to return to the NL home base so we headed back. Just as we were travelling over the Biscay Bay causeway, two different birds flew past. I didn't recognize them but was curious. Fortunately, there is very little traffic in the area because I backed down the causeway until there was room to turn around and go look for these two different birds. 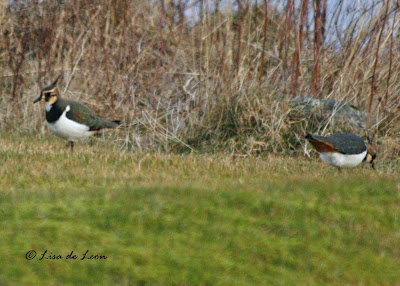 the birds fly. Well, I was wrong - nothing. I puzzled over where the birds went and began scanning the entire area. Almost simultaneously, my friend and I spotted two birds up on a lawn just up a hill.

I drove up and with the help of the binoculars and the camera lens, it became evident - we hit the jackpot! There in front of us were not one but TWO Northern Lapwings feeding in the grass. 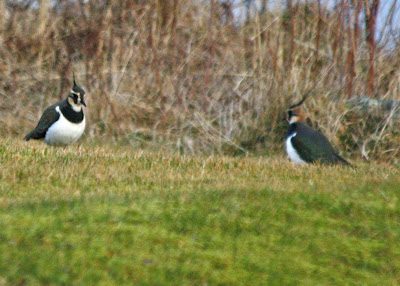 I got a few pictures right away because I was afraid that they would fly out as abruptly as they flew in. They lingered long enough for me to get several pictures. It was getting dark and I absolutely stretched the capability of my camera. I couldn't get any closer and my lens just couldn't do the job. 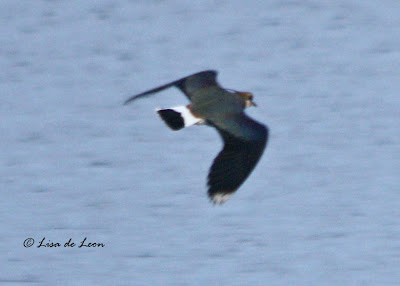 In less than ten minutes the pair lifted off and flew over the causeway. We rushed over to the usual place of the NL sightings, but there was no bird there. That being the case, we were only sure of two Northern Lapwings in PCS and that we were very lucky to see them both together. 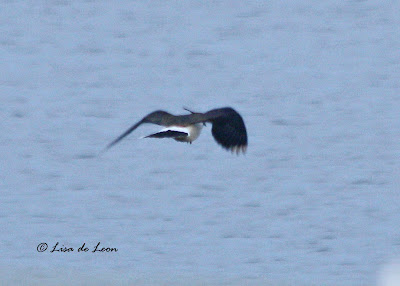