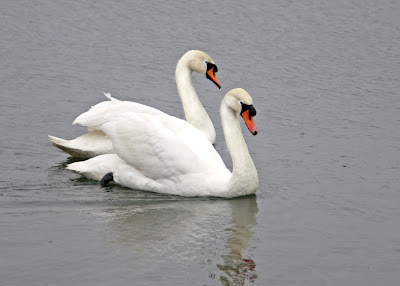 The Mute Swans have been released into the ponds for the summer. I found these two at Kennie's Pond. They are all puffed up for Spring and great fun to photograph. 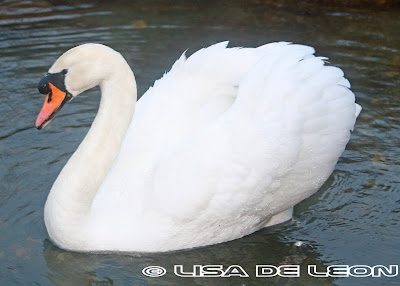 I decided that I would experiment with a flash and some late evening shooting. The swans seem so tame after a winter couped up that they cooperated and came right toward me. It is such a challenge to capture the majesty of this bird. They strike some poses that expose their grace and then again, the strike other poses that make them look very awkward and lumbering. 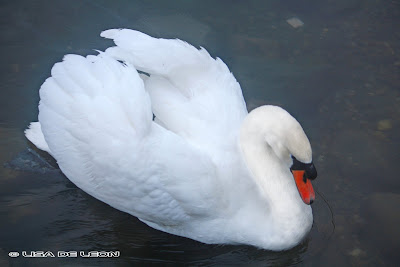 I have yet to capture the "great Swan" image but I have a lot of time to work on that. Last night, it was cold and still raining when I was shooting these. 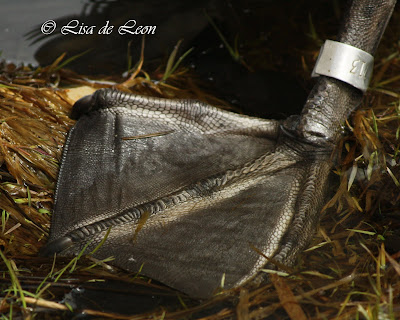 Check out this close-up of the Swan's foot. It looks like leather!

Answers to the Gull ID quiz!

The last eleven days (ELEVEN Days!) of rain and fog have restricted my birding but I have accumulated a few new shots. I got a number of pictures of an Adult Glaucous Gull, some great group shots of Ring-Billed Gulls, and several record shots of a Black Guillemot. It is time for me to sort, label and file them. It is much more fun shooting the images than filing them.

This weekend I am going on an all-day bird tour to the southern shore. There are five of us joining one of Dave Brown's tours. It will be an early 5 a.m. rising but it will certainly be worth it. My 2010 list has now reached 65. I hope to bring that up to 70 by the end of this trip.

Be sure to stop and listen to the Robin's song, it is particularly nice at this time of the year!
Posted by Lisa de Leon at 9:24 PM