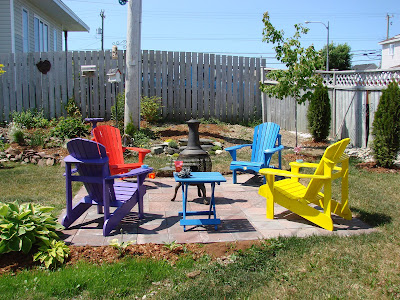 Today was another day of great weather. I used the time wisely and worked on my garden. I hope that I got a real jump on those weeds that keep crowding out my grass. I replanted a tree that was uprooted during the winter and did some overall raking. My garden thanks me. I know it is early but I also got my bright chairs out and put in place. The pix included here is from last year. 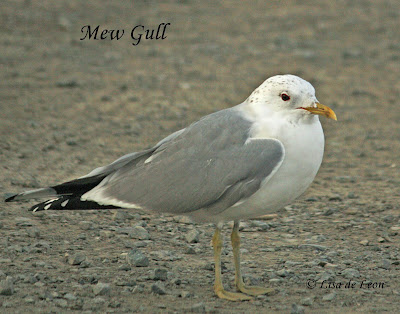 Yesterday evening, I took a drive over to QV and was glad to find the Mew Gull, also known as the Common Gull. I took several pictures of this little guy over the winter but I seem to have lost them! It was a stroke of luck that the Mew Gull is still around. As far as I know, three Mew Gulls stayed in St. John's over the winter months. They became quite friendly with people and would eat bread crumbs. 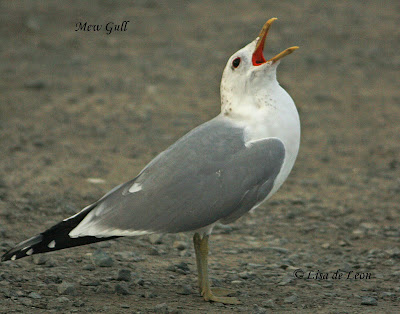 The Mew Gull is quite small. The one pictured here still has some of its brown winter streaking on the head. That will soon vanish. The beak is narrow and all yellow with no markings. Its legs are a greenish-yellow, not bright yellow like the Ring-Billed Gull. It is also quite small compared to the Herring Gull. The red in the mouth is the actual color, no "photoshopping" here! 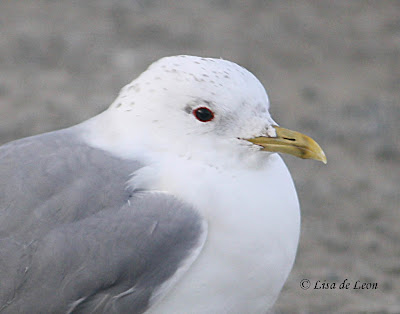 With a close-up look, it is easy to see the red eye ring and the narrow beak. This gull is most often found in northern Europe, Asia and North West America. This is a link to a 38 page conservation document all about the Common Gull. It is still a treat when one visits St. John's. http://ec.europa.eu/environment/nature/conservation/wildbirds/hunting/docs/Common%20Gull%20EU-MP.pdf
Posted by Lisa de Leon at 3:23 PM