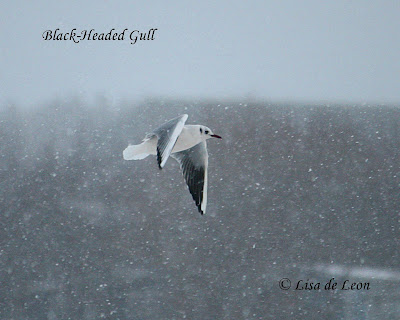 The Black-Headed Gull is one of my favorite gulls to photograph. They are much smaller than all of the other gulls that frequent the waters of Newfoundland and Labrador. They also have a distinctive white color to their feathers. Their beak and feet are bright red/orange and stand out very well against their white coloring.


Even though the gull in this picture doesn't have a black head, it is a Black-Headed Gull. In the winter the dark head fades and leaves a distinctive black spot behind the eye. 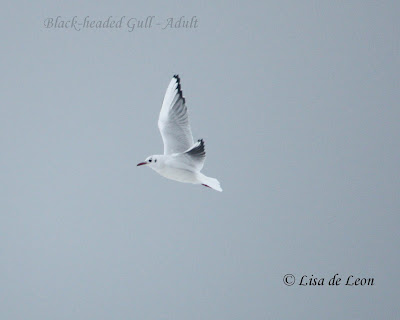 While the winter BHG is a great subject to photograph, they also present a challenge. They, typically, stay to themselves often keeping a respectible distance with other gulls or birds in the same pool of water. However, when feeding they may ignore these boundaries. This gull tends to stay away from the water's edge and does not seem to grow accustomed to people. They will take flight with a mere move in their direction. This behaviour coupled with only a 250mm lens presents many challenges for me to overcome. 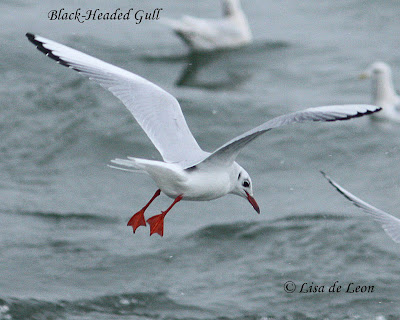 This image was taken at Pier 17 in the St. John's harbour. It clearly shows the long, narrow red/orange bill and bright feet. These gulls could be spotted on the north side of QV Lake and in the harbour during the winter months. 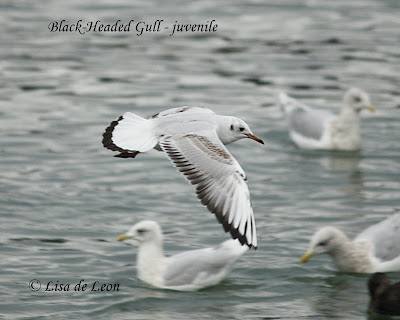 This image is a juvenile BHG. There are several distinguishing characteristics of the juvenile. Note the brown carpal bar and the black plumage on the tail. Also, the bill has not yet become bright reddish orange. It still appears orange at this stage. The BHG is a two-year gull, meaning it takes two years for it to reach its adult plumage.

When Winter passes, the head of the BHG changes from white to very dark brown (no, not black). The change is first visible near the dark ear spot and spreads toward the beak. It is clear they have their own seasonal calendar that coincides with ours. 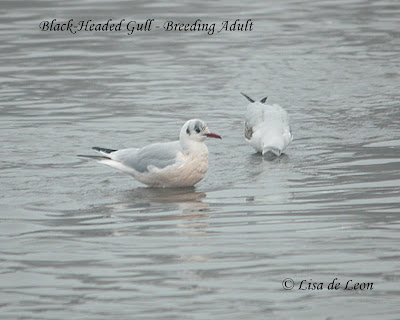 In addition to the head color changing, the breeding male will develop a bright pink coloring on its front. 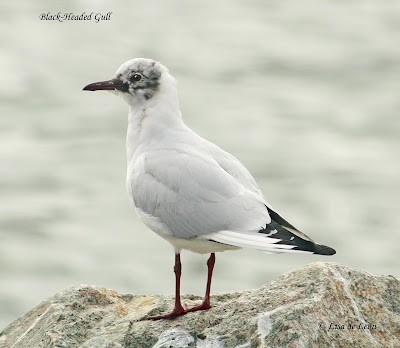 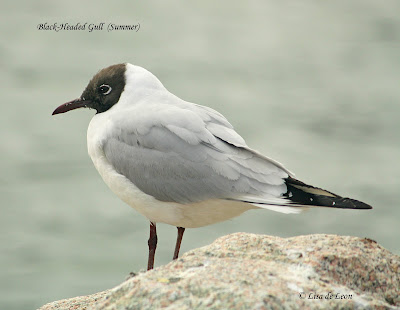 This a fully transitioned Black-headed Gull, with a brown head. 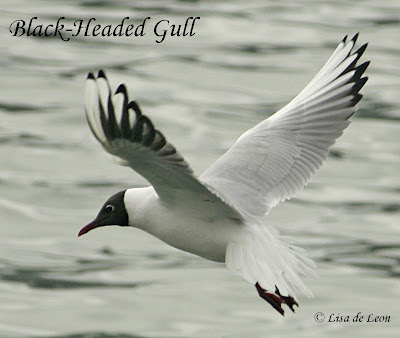 Compare the winter gull image (in flight) with this image. It would be very easy to think that these are two different species. The common denominator is the shape of the bill, the red legs and bill. Note that the legs and bill do darken during the summer.

In earlier blogs, I have talked about the Lesser Black-Backed Gull and the Herring Gull. This would be a good time to compare how each of these gulls is unique. This constitutes three of the ten species of gulls that visit St. John's.