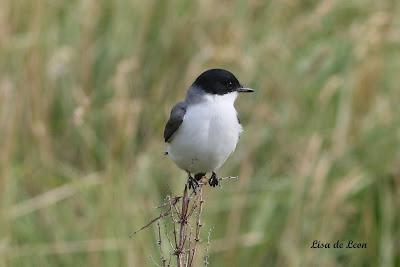 With the great find by Alison Mews of the Forked-tailed Flycatcher, numerous birders headed to Bonavista to view it. I joined Ethel D. for an exciting trip. It has been seven years since a Forked-tail Flycatcher has been reported on the island of Newfoundland. 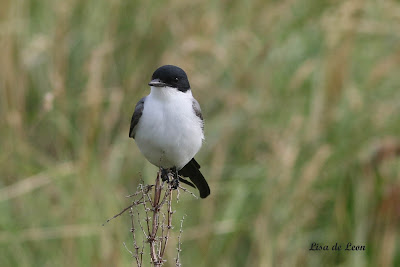 There were no worries finding the bird. It remained in the same area very actively flitting around from place to place in a 50 yard square area. 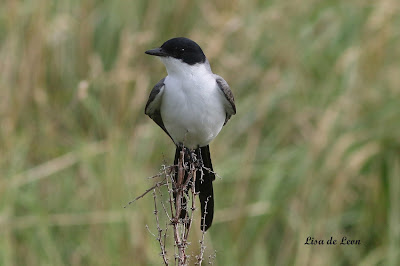 It even flew circles around us and landed right in front of us. How nice. 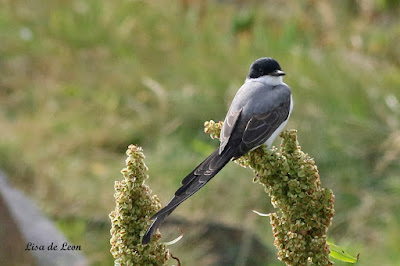 The bird looks healthy, showing no signs of wear after itslong trip, probably in rough conditions, to get here. 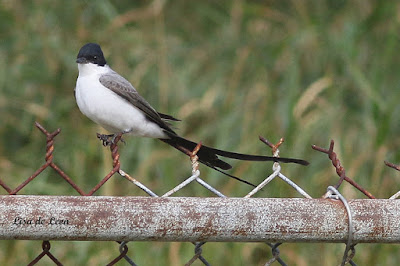 Having seen the bird well and photographed it resting, the challenge to capture its flight began. 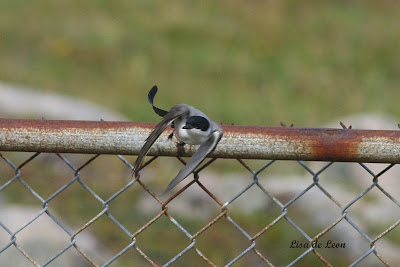 It is very difficult to get flight shots of this one. It flew fast and low, always among the tall grass causing many blurry attempts at me shots. 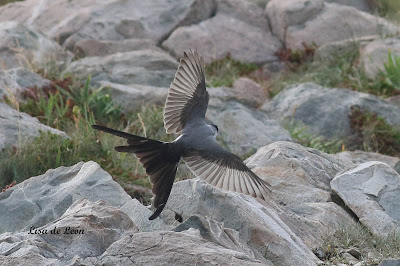 At one point it abandoned the grass and flew into a rock garden. With less interference, I was able to get sharper images. While the tail shows well, these are not the ideal shots. 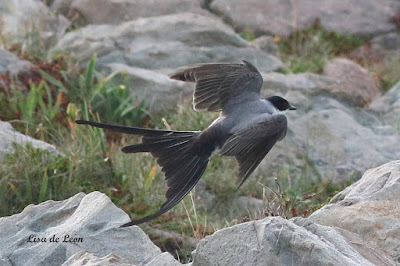 The effort continued to get just the right one. 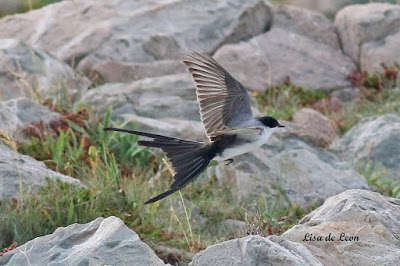 Images were improving, but never really yielding just what I wanted. The nice thing is there was no "hot" pursuit of this bird as it just continued to circle the area. 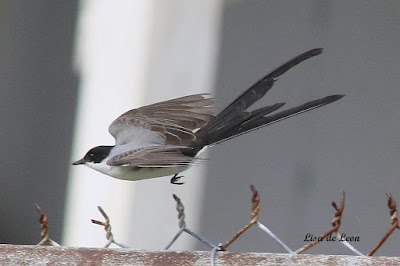 Staying in one spot and rotating with it offered up the best opportunities. 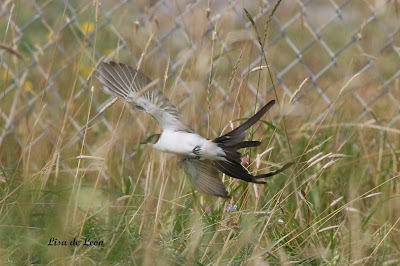 Still not getting the shot I wanted, I was not disappointed. This one interestingly show how it uses it fancy tail to maneuver through the tall grass. Very interesting. 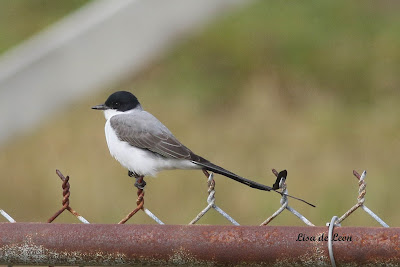 Routinely, it returned to the fence to perch. That is where we left it and moved on. 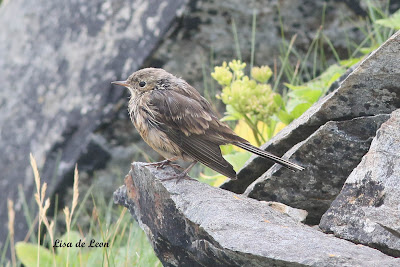 It was nice to see this little immature American Pipit sitting on the rocks in Eliston. 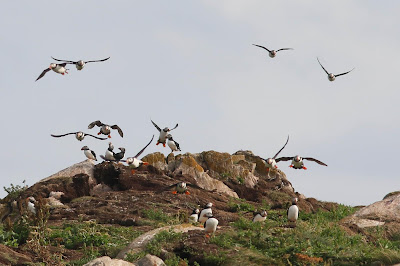 When in Bonavista, it is a must to go the little extra distance to Eliston to view the Puffins breeding on a small island just off shore. 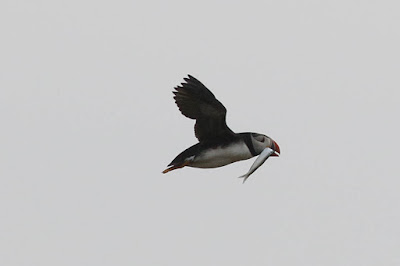 When we arrived, the birds were mostly on the water and actively feeding. The food they were gathering was not the typical capelin, but a smaller fish. 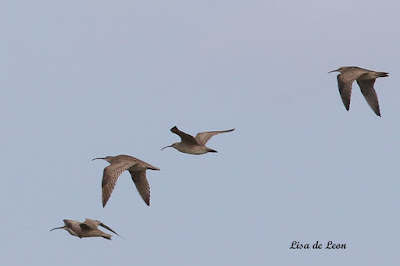 Moving on, we explored the Dungeon on the way back. What a beautiful area with rugged landscape and free-range cows and horses. All of that was enhanced by the appearance of a flock of 19 Whimbrel flying around. Nice! 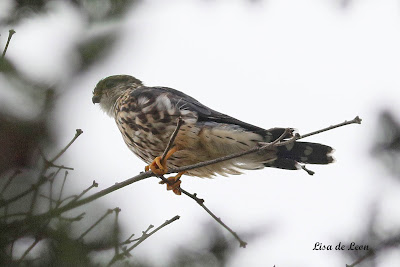 We finished our day near Come-by-Chance with a great view of this Merlin (probably a juvenile) spotted by Ethel. 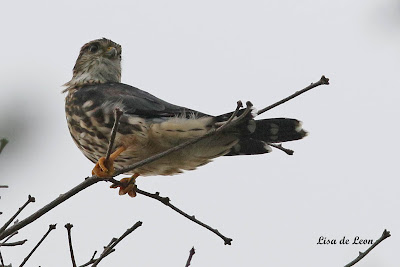 Because of its lightness and plain face, we watched it as long as it would allow. 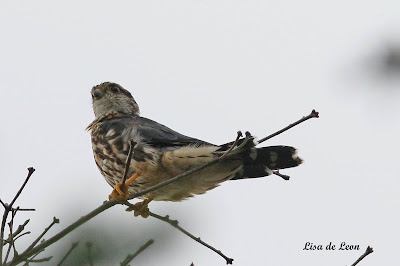 It had to be a Merlin, we thought, as we did a mental check of other field marks. This was a really nice bird. 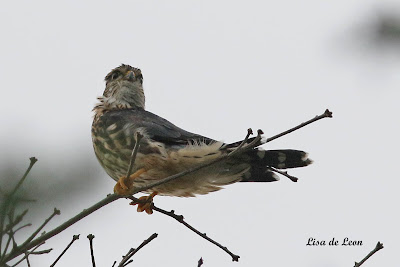 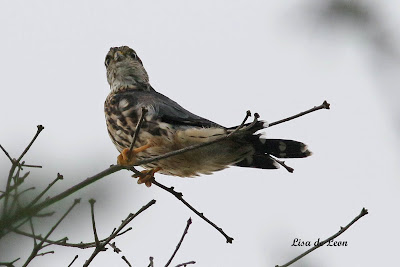 It cooperated and stayed around for about five minutes before taking off. 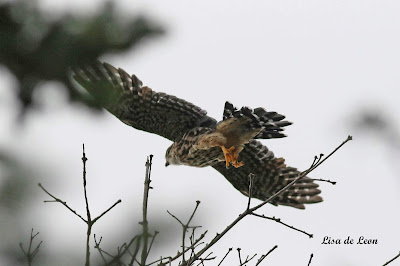 As is said, "All good things must come to an end." With the departure of the Merlin, our day of birding ended, and we headed to St. John's. Yet another nice day in the great outdoors, magnificent scenery and exciting birds.