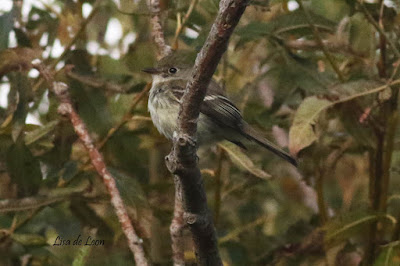 What is this bird? That is the question that has kept NL birders busy observing, photographing, recording and reading. Regardless of all of the effort, the mystery remains: We have an unidentified flycatcher in St. John's, NL. 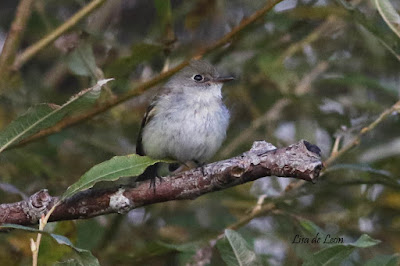 Well, I should say we "had" because the last time this bird was seen was on November 11. By all accounts any flycatcher seen in late fall is a great find. There was, in fact, another flycatcher reported at Cape Spear, some 15 km away from this one at about the same time this bird was first reported by Lancy Chang. 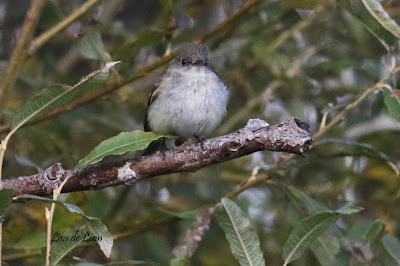 This flycatcher is not very talkative. I spent nearly an hour observing it on the 10th, not to get these pictures but to try to record its call. That proved to be a very difficult task. 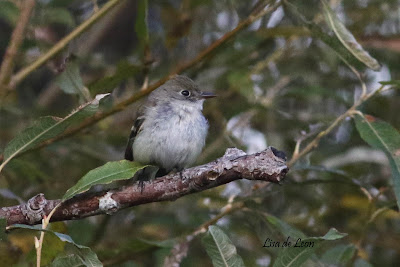 Our bird took a liking to an area of willows overhanging a rushing Virginia River where Brown Trout were flipping around during spawning. The wind was roaring through the area as well as landing aircraft. 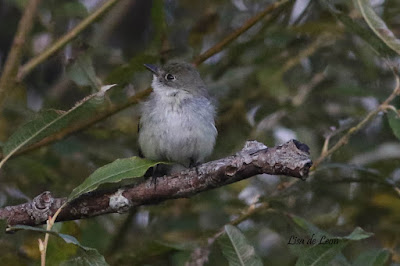 What the pictures do reveal is that it didn't have its mouth open very much. It just sat looking at all of the birders and scouting out its surroundings. 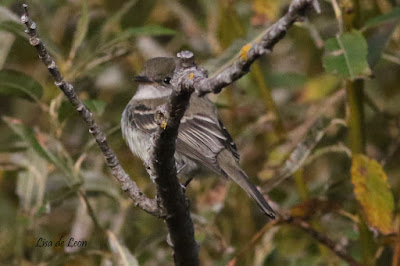 Will the pictures and the sad recordings be enough to identify this errant bird or will it go down in the annals as a forever mystery? 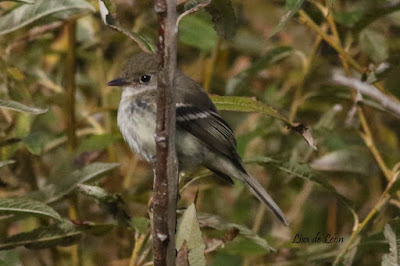 Yesterday, while others watched the legion location, another birder and I walked many other possible nearby locations in an effort to relocate this bird. That did not happen. 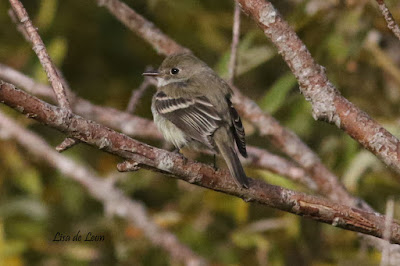 My personal observation, even though I have never seen a flycatcher at this time of the year, is this bird seems really dark. Other than that, I will await the final determination by those in the know. 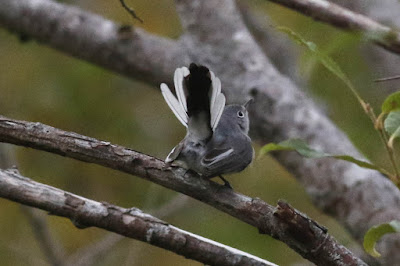 It is not possible to become bored while waiting for the flycatcher. This Blue-gray Gnatcatcher provides lots of entertainment. It is constantly in motion, curious and confiding. 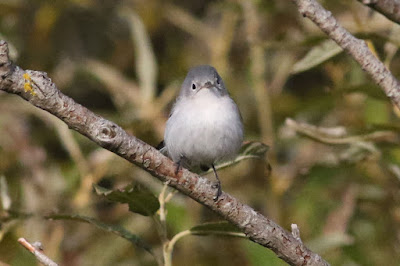 This little vagrant found by Bruce MacTavish has been around for quite a while now. It moves around but, so far, has stuck to the Virginia River Trail. 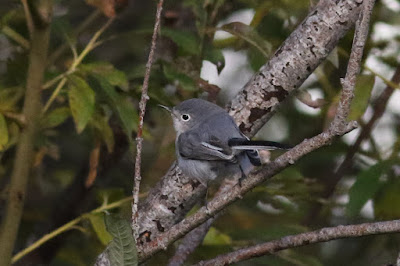 In previous years, Blue-gray Gnatcatchers that appear this late in the year, tend to stay. Perhaps they stay too long. 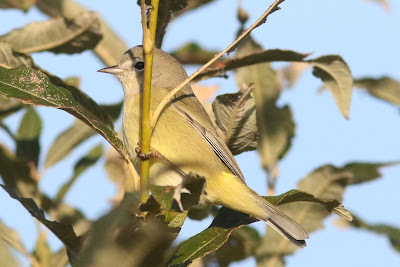 Yesterday this Orange-crowned Warbler joined the group by the river. Who know what will show up next. It is interesting the birds have gathered here rather than Kelly's Brook which has a similar habitat. The Brook has been empty for two days now. I also noticed yesterday the water is very low there now.

So... we still don't know what species the flycatcher is, but the effort continues. When a final determination comes in, I will update this entry.
Posted by Lisa de Leon at 7:27 AM