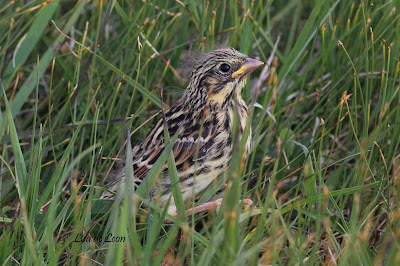 It is impossible to go to Cape Spear during breeding season and not see lots and lots of Savannah Sparrows. However, it is not that common to come upon a baby Savannah that has yet to take flight. It is this great little one that sparked this post. 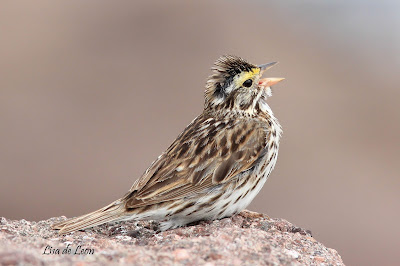 Early in the season Savannah Sparrows dot the landscape, staking out their territory and attracting a mate. 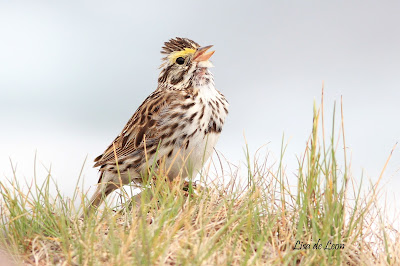 They sing and sing, often oblivious to the many visitors passing them by. 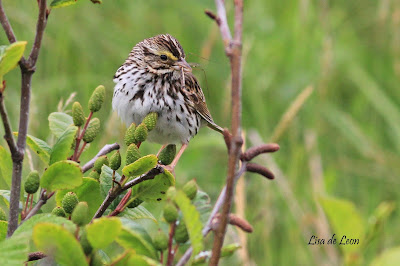 In just a few short weeks the Savannah is seen gathering food for the likes of the little guy in the first picture. 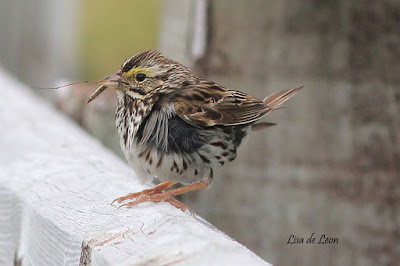 Once again they go about their business as if no one were there, even when the wind nearly blows them off their perch. 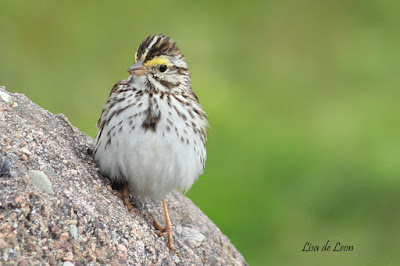 During the period of raising a family, one adult will often serve as a distraction from the nest. They guard and protect their young in a very aggressive manner. There have been thousands of tourists at the Cape this year. It didn't seem to affect the breeding going on in the area. Yet, they did move to another location to avoid the foot traffic. 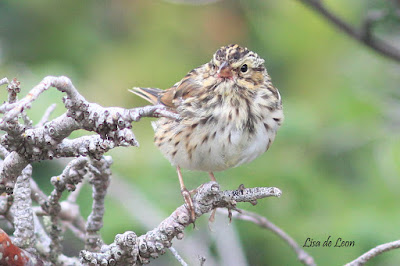 Cape Spear is not the only place to get a glimpse of this sparrow. Savannah Sparrows are frequently seen at Bidgood Park, though not in the same numbers as Cape Spear. 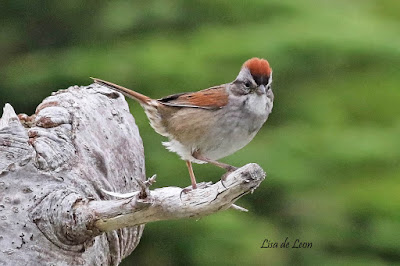 For many years, I only noticed Savannah Sparrows at the Cape. In recent years, however, I have been seeing the Swamp Sparrow that is more typically seen at Bidgood Park breeding at Cape Spear. 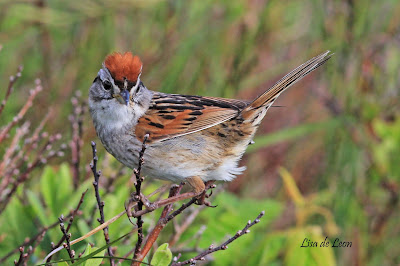 During breeding season it is remarkable to see just how red (photos not retouched) the Swamp Sparrows are.Throughout the season the red fades. Spring is the best time to observe the Swamp Sparrow. 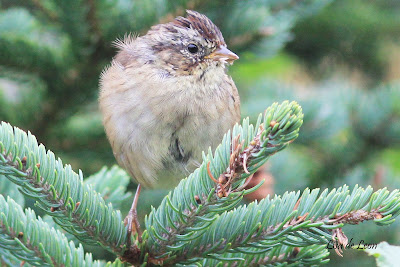 Bidgood Park also serves as a breeding ground for the White-throated Sparrow as well as the whole length of Power's Road. 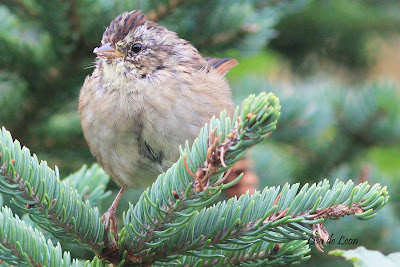 I think this is a juvenile because it does not bear the bright, distinctive markings of an adult White-throated. They, too, are quite vibrant in Spring. This is an example of the tan version of the species. 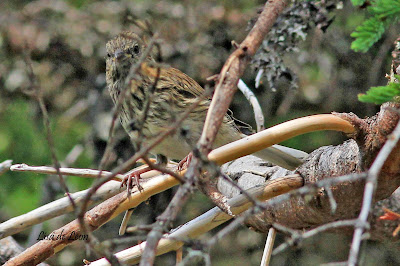 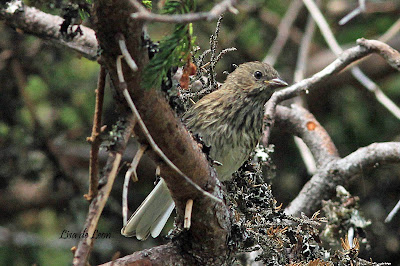 Why bother to look at all of the common sparrows? Well, because sometimes a rare or unusual bird may appear. This juvenile Junco (sparrow cousin) is an example. I have seen many dark young juncos, but this one was probably the darkest. It may take a little extra time to scan sparrows to verify a species, but the potential to unearth a rare one, especially at this time of the year, is always there.