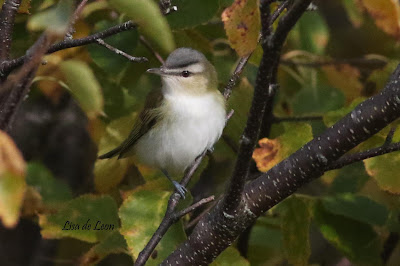 I couldn't wait for the sun to rise this morning. With the recent weather and a mix of obligations, I haven't been out for a good birding/walk trip in a while. 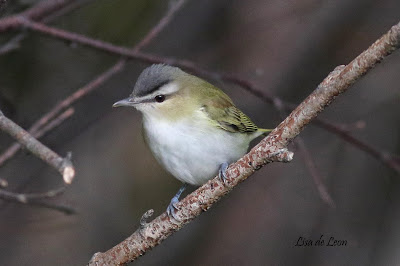 I started with Virginia River. While it was very cold, it was not near as windy as of late. I came up empty. I checked a few other places and only found the expected Juncos, Chickadees, Goldfinch and Song Sparrows. 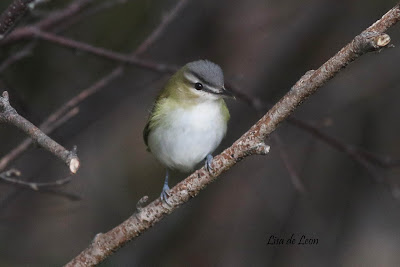 Honestly, I really didn't mind. It was just so nice to be out. 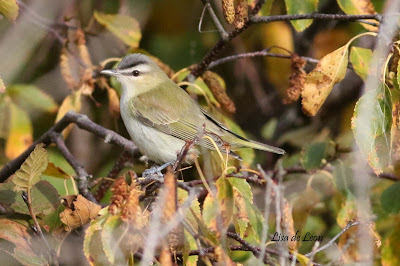 My next destination was Cape Spear. I stopped at a few places along the way, but found nothing until I reached the cabin area where I turned up this great little Red-eyed Vireo. It is getting a bit late for them now. 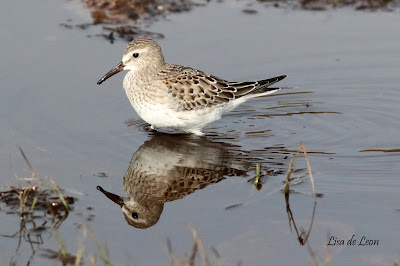 I didn't walk down to the point because there was construction going on, so I headed toward Cape Spear Path. The wooded area of the path was void of birds, none, nada! 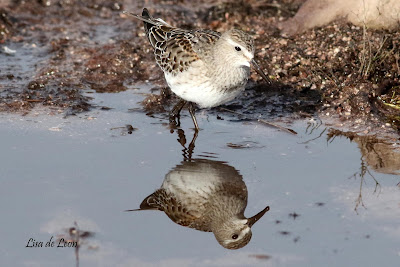 Yet, like most trips to the path, I don't come up empty. This time I was greeted by this lone White- rumped Sandpiper piddling in a puddle. 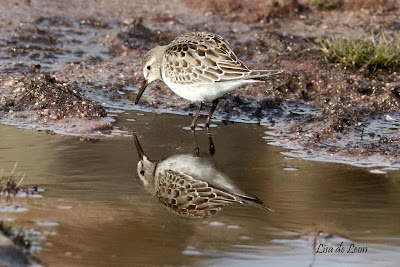 When I first saw a flash of movement, I considered a junco or a sparrow. I certainly didn't expect to see a sandpiper on the trail. 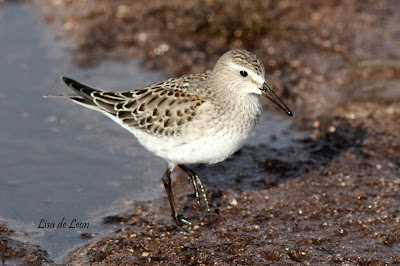 Designating a bird uncommon or rare is all about time and place. This was a very uncommon appearance. 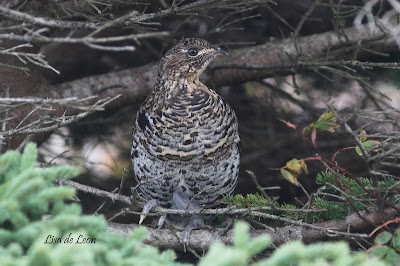 Somehow, I just knew I would see something on my walk back down the hill. As usual, I stopped by every small bush or shrub along the way to see if I can draw anything out. When I stopped by one just below the lighthouse, I was very surprised to see a big bird staring back at me.  A Ruffed Grouse is another uncommon bird for this particularly area. One of the nice things about watching this bird was seeing it in flight. I have never seen a Ruffed Grouse fly, but this guy finally bolted out of the tree and flew with speed down over the field and out of sight. I was left standing there thinking, "wow."

A better day lies ahead, and I can take the morning again to soak it up and maybe see a bird or two along the way.
Posted by Lisa de Leon at 4:59 PM