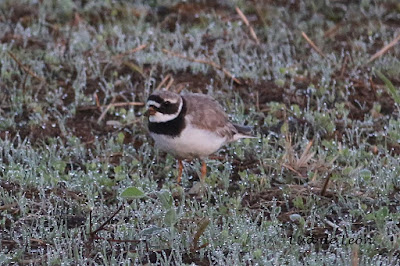 A field in Goulds has been particularly fruitful this season. At times ten species of birds could be seen on the field. The American Golden Plovers, annual visitors, are often entertaining enough. Add to that the Buff-breasted Sandpipers that usually accompany them. At times there were as many as ten Snipe dotted around the back of the field, along with the Semi-palmated Sandpipers and Plovers. 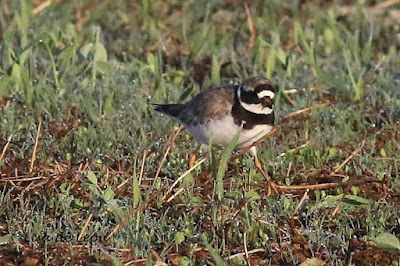 This year it didn't stop there. A Baird Sandpiper showed up. For many in our area that was a "life" bird, but the field wasn't done. 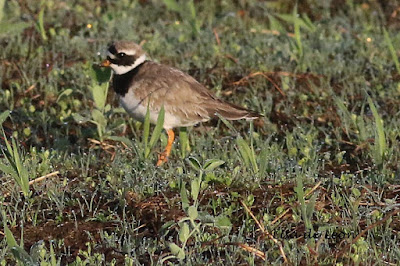 Catherine Barrett spotted this bright, stand-out, a Common-ringed Plover. Even in the dim morning light, this bird "popped." At last the sun rose in the sky making viewing so much nicer. 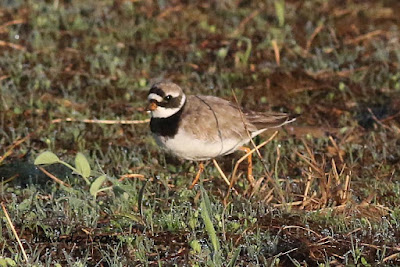 The bird stayed close for quite a while. It fed, pranced and stretched. 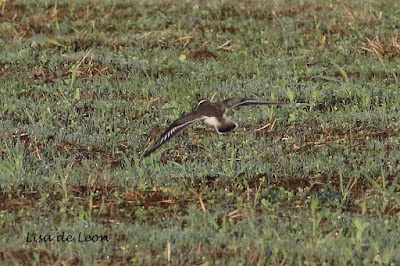 Suddenly, it leapt into the air and flew about 50 feet back. My time was short so I left too. 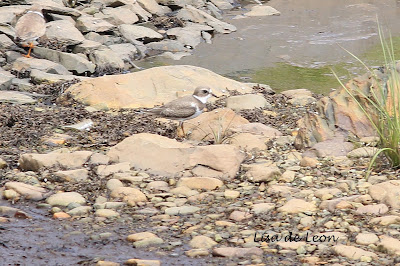 Just for comparison, I have included a photo of a Common-ringed Plover seen in Renews on August 17, 2013. This bird is much lighter with a more "scalely" look to its feathers. This has been a plentiful year for this species with four or five being reported across the Avalon.
Posted by Lisa de Leon at 8:15 AM