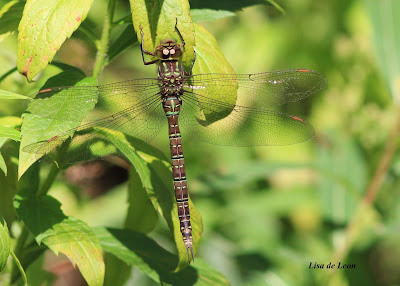 The Shadow Darner is yet another dark darner with narrow, straight thoracic stripes, compounding the confusion. These stripes are fairly light green and may have flags on the posterior side of the stripe. 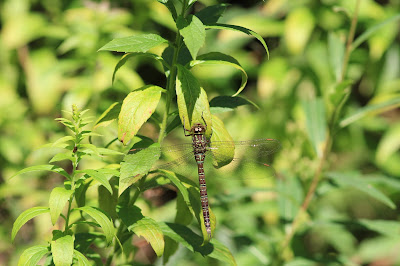 It would be so much easier to catch the dragonflies to be able to look them over from every angle, above and below. 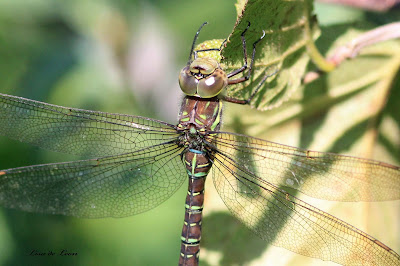 Paulson says it is really impossible to separate Shadow Darners from Variable Darners without seeing the spots underneath. I guess that means I have broken all the rules. 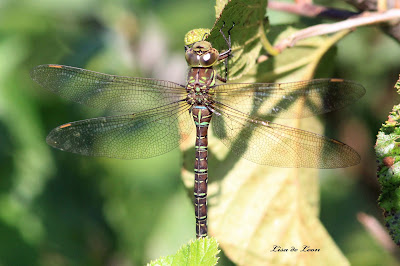 This has been a real struggle to identify all of these darners. To complicate maters, I have a couple more darners in my photo folder that do not match any of those I have yet posted. Ugh! Also awaiting my attention is a bulk batch of Emerald images and a batch of damselflies. Why bother? I think it is important there exists a fair reference site for children and others who would like to know more about the flying things that swirl around us in the summer. For that reason, I trudge on through the depth of my own ignorance.
Posted by Lisa de Leon at 10:34 AM