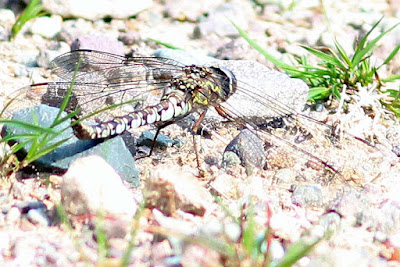 The Zigzag Darner is smaller than the Canada Darner and is easier to identify.  The lateral, thoracic stripes on the Zigzag are narrow and notched so much they seem to form a zigzag. 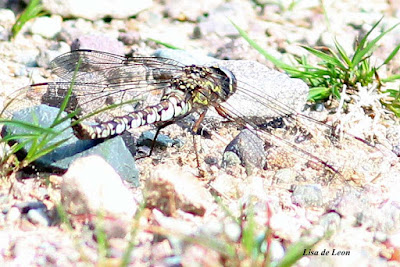 After several years of photographing dragonflies, I have knowingly observed only one. 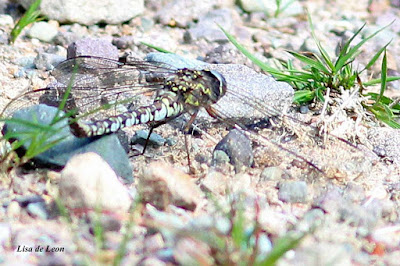 It is too bad it didn't stay around long enough to allow for more and better images. Apparently, this dragonfly most often perches on gravel, the ground and other light-colored surfaces. Most often this species will NOT be seen hanging from a tree. 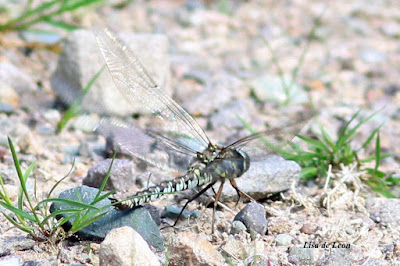 This one was seen in late August 2015 on the trail running parallel with Windsor Lake.
Posted by Lisa de Leon at 9:58 AM