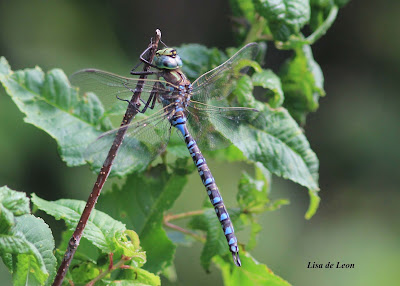 The Lake Darner is the largest darner in our range. It has a deeply notched lateral thoracic anterior and posterior stripes. The anterior stripe has a large extended hook on the top side. 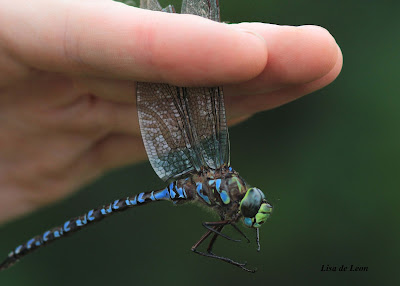 Like the Canada Darner, the Lake also has a small, pale streak between the larger stripes. 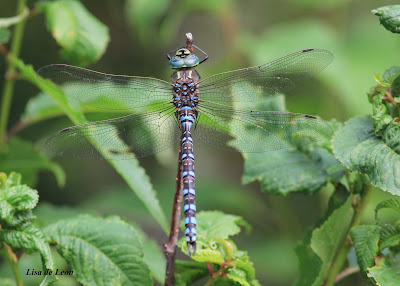 The male is predominately brown and blue while the female has more brown and green. 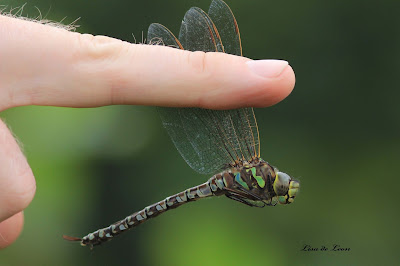 Some females show a mix of green and blue markings between the brown. 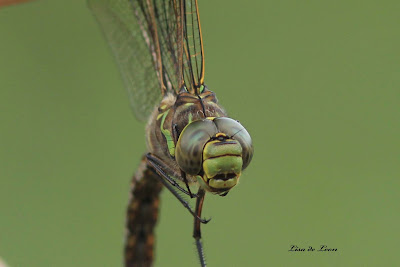 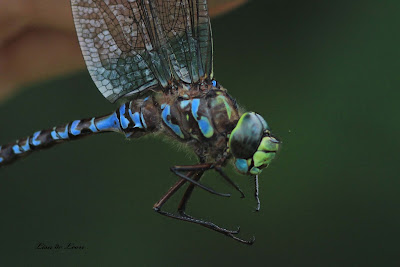 This species is quite common in our province and like most species, can be found in wooded areas with standing water. 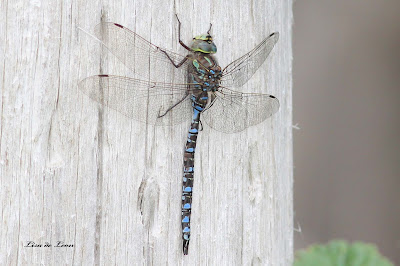 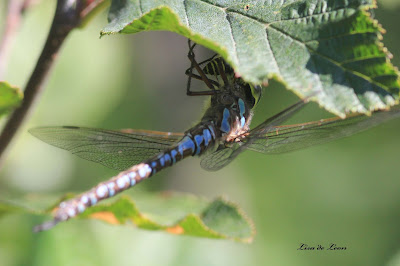 This hungry Lake Darner provided a great opportunity to photograph its underside as it munched on an insect meal. 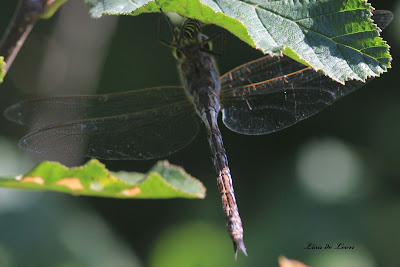 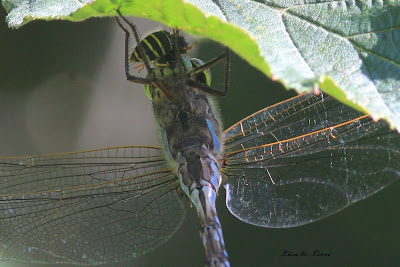