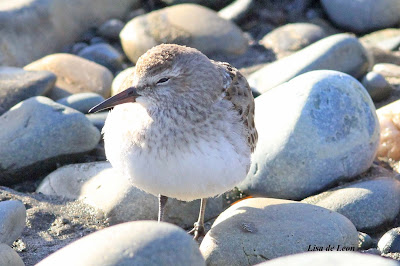 So what's so good about sleepy shorebirds? They are calm and allow people to approach without leaping into the air and moving to an impossible distance. 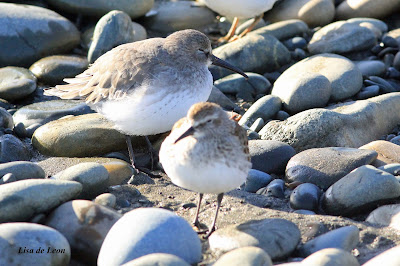 These birds were tired, all of them. Although, many of the Semipalmated Plovers continued to mill about... sleep walking. They must have been flying around all day, just waiting for low tide. 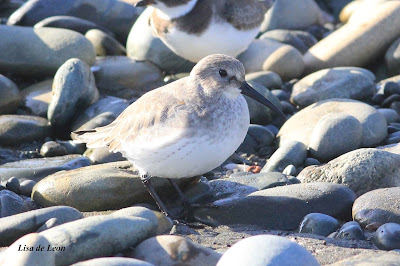 This is how Catherine B. and I came to see these few shorebirds up close. 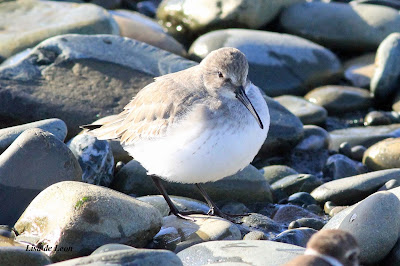 It was near the end of the day and the tide was going out. We tacked on a quick trip to St. Shott's after birding Trepassey for about 10 hours. 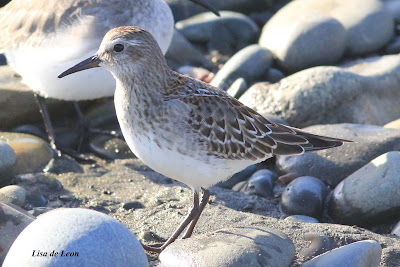 We headed up to the sod farm first to have a look around. There were no evident birds there. Given the time of the day, we opted not to walk about. On the drive down the hill, we saw one Savannah Sparrow. They had certainly been scarce for the day. 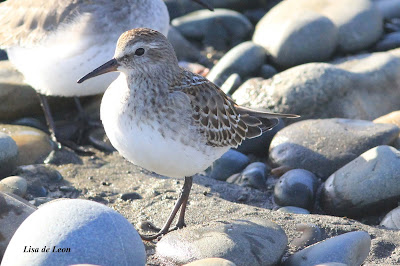 Our arrival at the beach coincided with a fly-in flock of small shorebirds. A quick snap showed there were a few sandpipers among the plovers. That meant we would walk the beach. 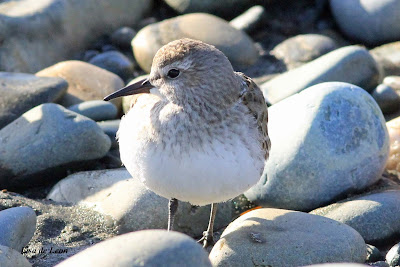 That, we did. On the walk down the absence of birds seemed really strange. In years past (on similar dates), this beach had been filled with American Pipits, Horned Larks and so many plovers and sandpipers it was impossible to scan them all. 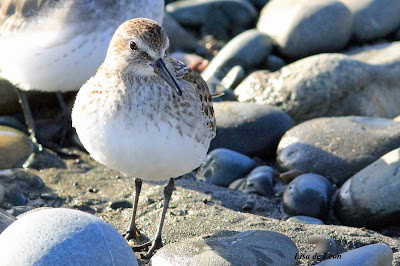 When we arrived at the end of the beach, about 15 birds were feeding near the shoreline. Another five or six flew in while we were there. 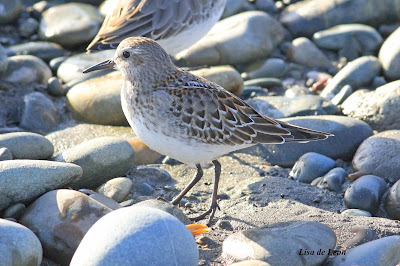 It didn't take long for us to spy the sandpipers and look them over closely for a possible rarity. That was easy as there were only four non-plovers on the beach. The Dunlin pictured above was a stand-our with its size, beak and nearly all-gray plumage. 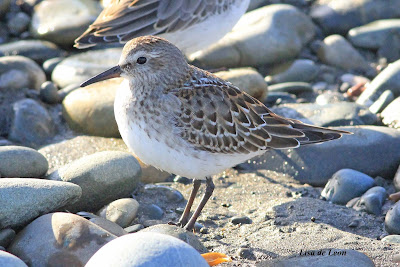