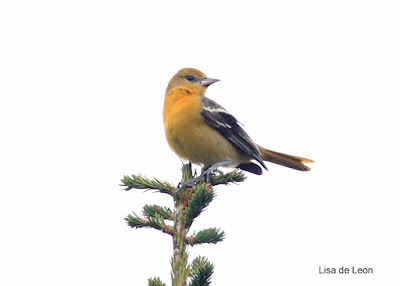 On two consecutive mornings last week I birded areas of St. John's, Blackhead, Cape Spear and Goulds. Naturally, I was looking for something rare that might be hiding away, but I didn't find anything unusual that hadn't already been reported. 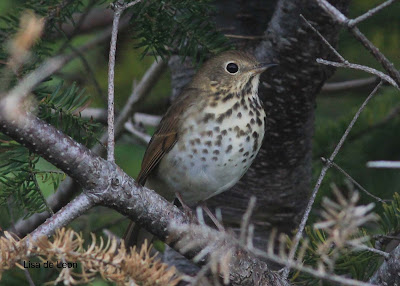 What I did find was a variety of seasonal birds overlapping each other. Some of the birds are just late migrating out. Others are early migrants coming to stay the winter and others were blown off course. It is really the off-course birds that are the most interesting and exciting. 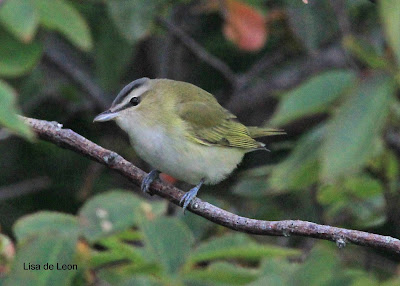 While I have included photos of a couple of the vagrants, these species typically show up every year. Like clockwork, the Baltimore Oriole (and plenty of them) can be seen around St. John's and Blackhead. The one pictured here is one of three I saw in two days. 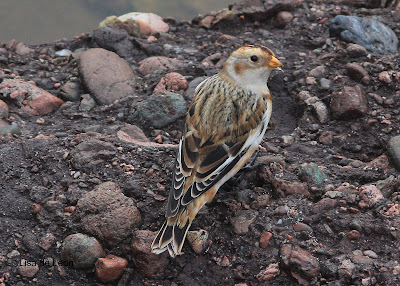 The Hudsonian Godwit is a little less predictable, but can often be found in a field in Goulds. This year they seem to be bouncing between Mundy Pond and the farm fields. 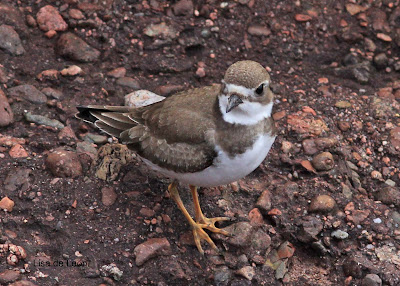 The Snow Bunting is right on schedule. I saw one more than a week ago in Blackhead and four more last week at Cape Spear. 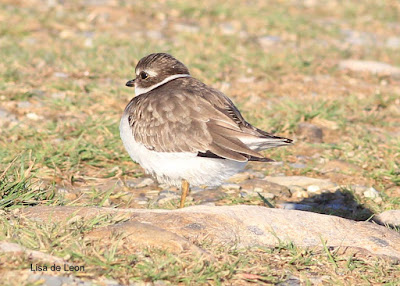 What was odd was the Snow Bunting was sitting very close to a seemingly lost Semipalmated Plover on the rocks at Cape Spear. Thinking that was odd, I was even more surprised when I located two more Semi Plovers at the race track in Goulds. They were some distance apart and probably didn't know the other was there. 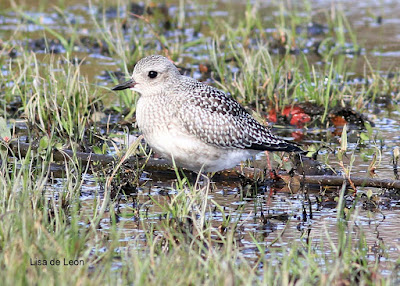 It seemed to me shorebirds were not nearly as plentiful this year as in others. Those that came didn't stay long. I guess it was the northwest winds early in migration season that provided an easy sail for them to head south. Since August I have been keeping an eye on Virginia Lake as it was one area that regularly had a shoreline available for shorebirds. Most of the ponds and lakes were too high. I found this Black-bellied Plover at Virginia Lake along with two Yellowlegs shown below. 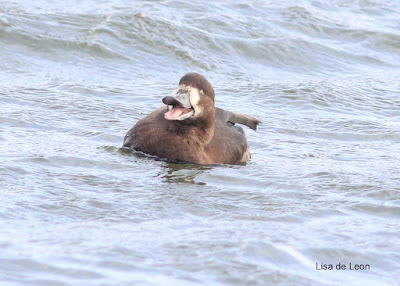 Unsurprisingly, the diving ducks have returned and in big numbers. I keep dropping by to check them often, because it was at this time last year when B. Mactavish found a rare Canvasback resting among the scaup and Tufted Ducks. It is also possible a Redhead could show up and blend in with these many birds. Good to check them over regularly. 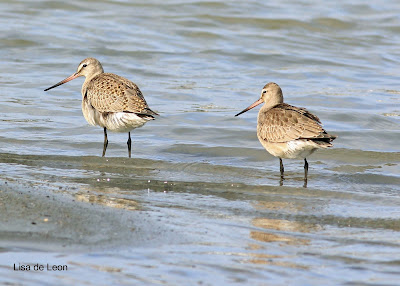 These two Hudsonian Godwit (found by B. Mactavish) have been around for at least ten days. They are keeping themselves happy with a mix of surf and turf. 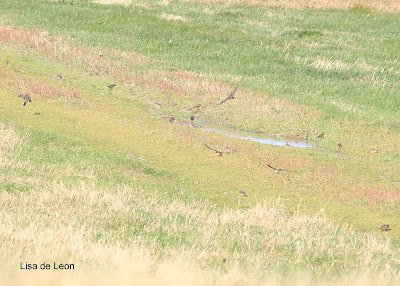 American Pipits are a common sight here, but always enjoyable. Nevertheless, I was stunned when I drove up a farm road and at least 100 hundred of them lifted off. It took me a while to get my window open and camera so I missed most of them. This is one of the images I got before they disappeared. 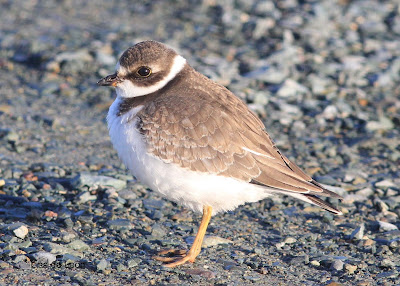 Racetrack Birds: This is one of the Semipalmated Plovers I found at the race track. 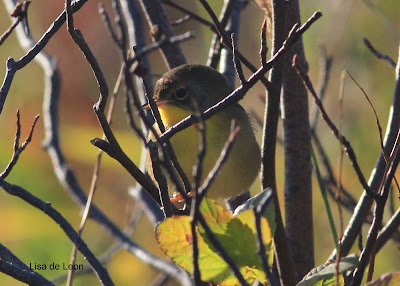 Not too far away, I found this little Common Yellowthroat. Warblers are VERY scarce now. 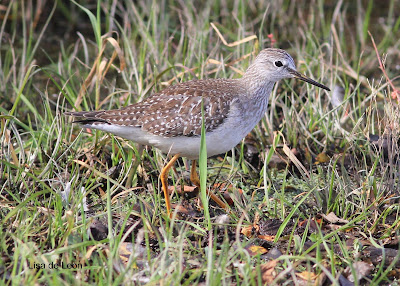 Back to Virginia Lake: I had to show this Lesser Yellowlegs, a really small one. 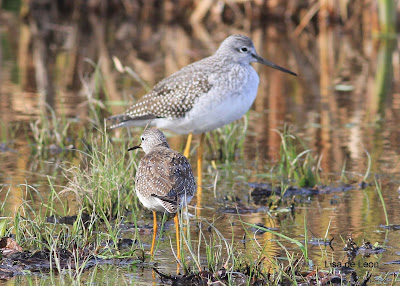 Note the contrast in size with the Lesser in the forefront and the Greater in the background. I don't know that I have ever seen such a difference in size between these two species.

With such a variety of birds scattered around, it is so easy to spend morning after morning exploring hotspots.
Posted by Lisa de Leon at 10:36 AM