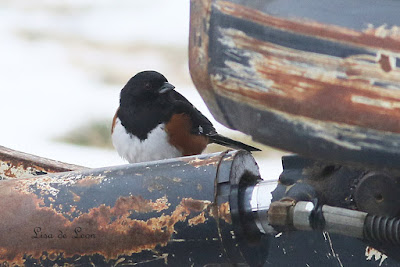 Grey as it was, there was little wind which made the trip to Renews with Ethel D. a fine opportunity to enjoy some of the birds recently found down the southern shore. Top of the list was this Eastern Towhee that has been hanging around just off the main drag in Renews. 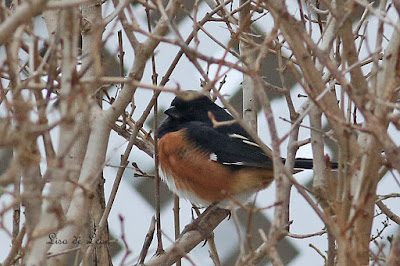 With luck on our side, the bird was present when we arrived. While we had good looks at the bird, it was not easy to photograph it. It stayed safely nestled in behind a batch of twigs in a low shrub. 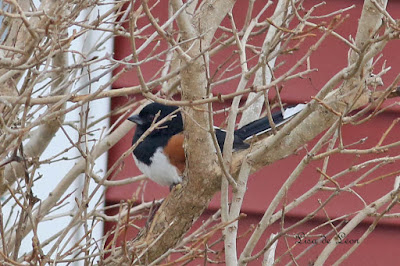 It flew around to a couple of different locations while we were there, but I was unable to catch it in the open. Such a thrill to see this bird I have missed for several years. 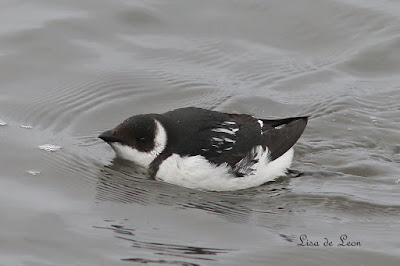 Just up the road at Renews Beach, this little Dovekie was being pushed into shore by the steady waves. Being as small as it is, it was tossed about like a leaf. 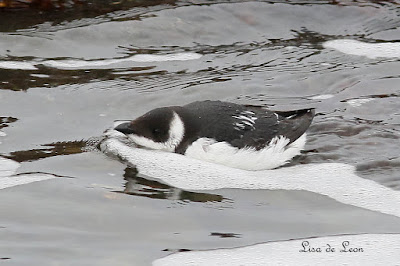 Little by little it came in closer and closer. 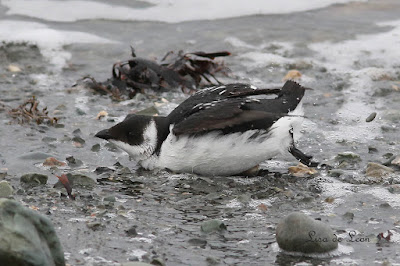 Then, one good-sized wave lifted the Dovekie and tossed it on shore. It floundered about a bit, in a futile effort to get back in the water. 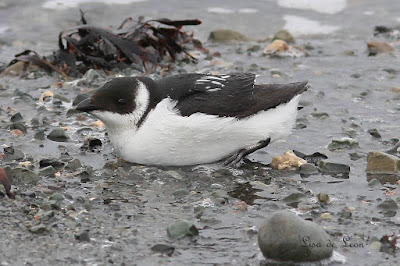 Soon, it calmed down and let nature takes its course. While waiting for the next wave to wash over it and take it away, I was able to have some great eye-to-eye views of this tiny little bird. 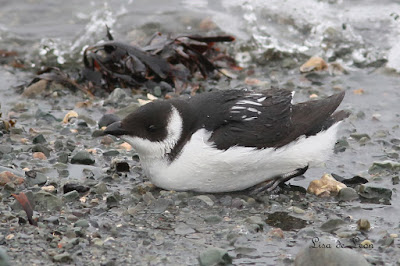 When a rare opportunity like this arises, it is best to just take it all in and enjoy. 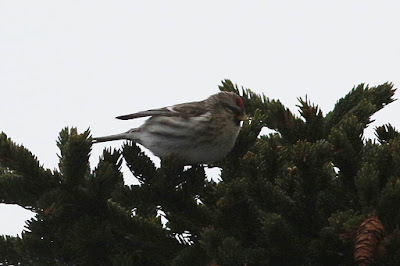 Also in Renews, a small flock of Common Redpolls put in a brief showing at Clara's famous feeder. Only one species among many there. 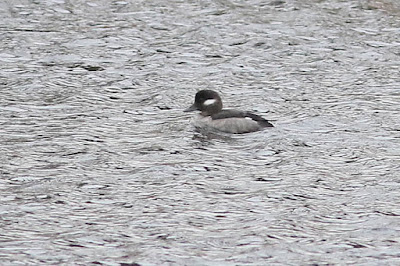 It was Calvert where we revisited a Bufflehead found during the Christmas Bird Count. 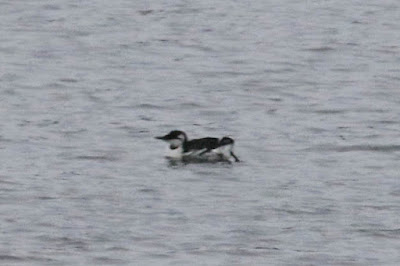 Stopping at several locations along the way, we saw numerous Mergansers, Loons and Dovekies. When we came upon this last bird at Cape Broyle, I mistook it for a Dovekie at the time. However, with closer scrutiny of this one picture, I now believe it to be a Common Murre. You just never know was a grey ole day might bring:)
Posted by Lisa de Leon at 11:08 AM