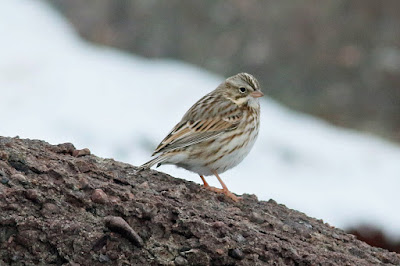 I headed to Cape Spear early this morning in the hopes of scanning eider. They were not there, but I was. I decided to make the most of it and walk around. There were several Snow Buntings and this sturdy Ipswich continues to survive on of the harshest environments. It looks happy and never seems to be alone. 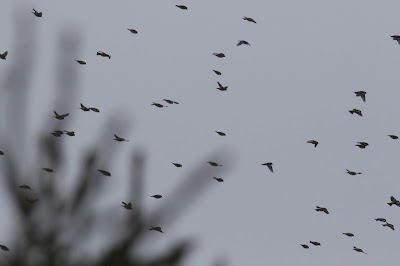 Having seen basically nothing on the water and facing the newly falling snow, I decided to head out. Despite the snow, I detoured through Blackhead. On first look it was very quiet. 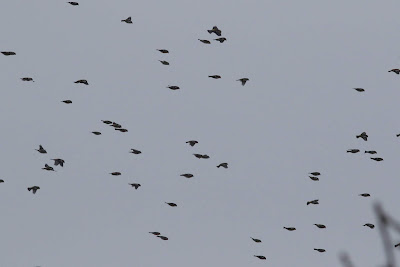 It was at the bus turnaround where I flushed a large flock of White-winged Crossbills. There were at least 100, maybe more. These two shots were caught after many had already flown by. 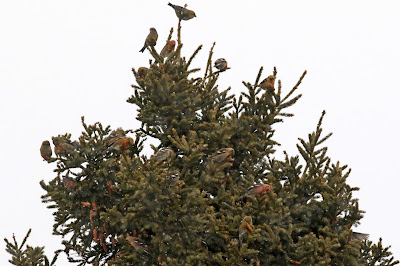 When I turned around, they began landing in the trees. So many and so bright... 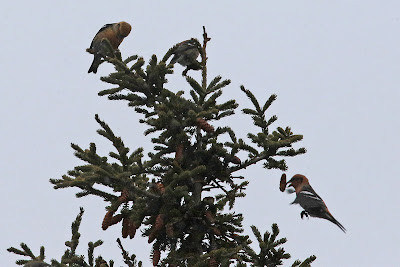 This is one of the few places around where there are cones. After this invasion, rest assured, there won't be one cone left.

There is always something new to see: A new bird, a different bird behaviour or just numbers. This is the largest flock of this species I have every seen. Nice.
Posted by Lisa de Leon at 3:37 PM