For the New Birder 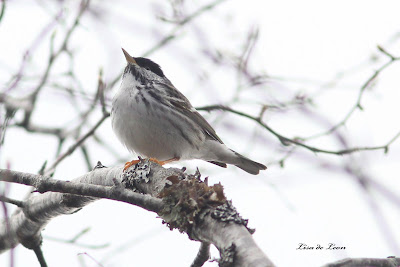 As the woods begin to fill up with migrating birds, it becomes a place of great learning. There could be as many as 20 species of warblers flitting around over the next few months. Among the more difficult species to identify is the Blackpoll Warbler because it presents in many different variations. However, one sure way to ID this bird is by the bright yellow legs as seen in this photo. When in doubt, check the legs. 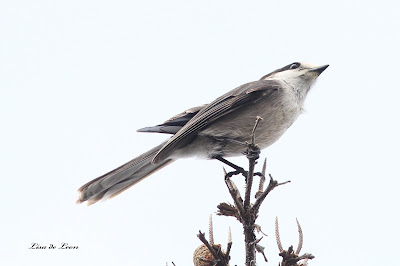 While the Gray Jay is not a migratory bird, but a local resident, I include it here because there is something to learn from it. I've been told you will never see one in the St. John's area. With that thought in my mind, I doubted myself for a long time as I began to see them regularly in predictable locations. Lesson learned: Believe your eyes, reference your guide and get a photo. Birds that predictably aren't suppose to be in an area continually and delightfully turn up. 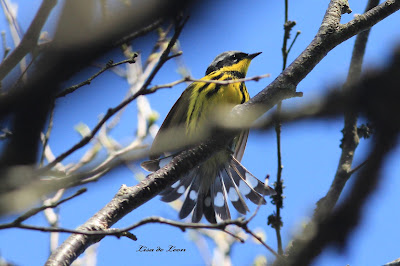 The Magnolia Warbler is one of the brightest and nicest of our returning warblers. It is interesting this species, like so many others, returns to the same areas year over year. It is more obvious with this species because they are not abundant. The Mourning Warbler is another species that can be seen in the same vicinity each year. However, that doesn't mean they won't be seen in other locations too. The Magnolia is similar to the Yellow-rumped Warbler and the Canada Warbler. However, it is the only warbler species with a white bar across its tail. 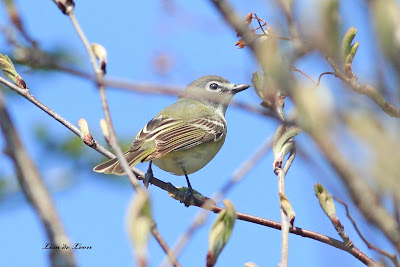 Expect the expected, but be open to the unexpected. I saw my first Blue-headed Vireo this year in a location where I have never seen one before. It helps if the bird is singing, but this one was not. 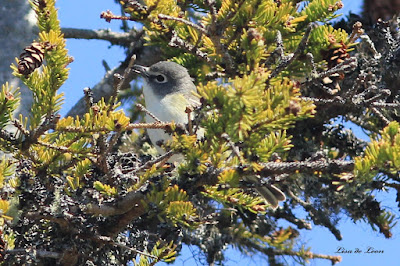 It is important to check out every moving bird to ensure it is not a typical bird for the time and area. Assume nothing, and you may be surprised with a really nice bird. Note this vireo like many others has what is called spectacles surrounding the eye. They also have a rich song.

At this time of the year, anything goes, and some really great birds have turned up all around the province this spring. The element of surprise is one of the ensuring attractions to birding.
Posted by Lisa de Leon at 7:18 AM