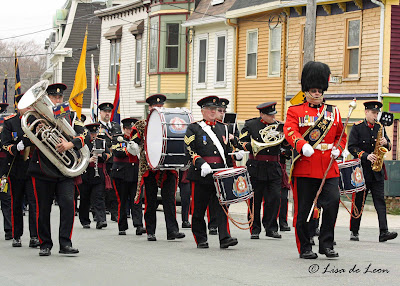 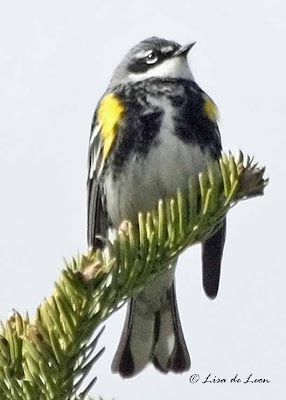 Around St. John's there are many causes for celebrations. Most any day of the week there are parades, dedications and events all around the city. For birders this time of year brings anticipation and excitement associated with a different kind of parade - the Parade of the Warblers. Some creative musician should pen a fanfare to denote the "Return of the Warblers."  There are certainly many bird songs that could be integrated into the creation. 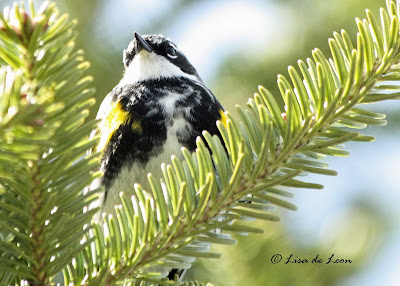 It seems that the first warbler to return is the male Yellow-rumped Warbler. For more than a week now, there have been random sightings around the city and surely around the province. In the last few days the numbers are increasing and their song and color is beginning the fill the woods. 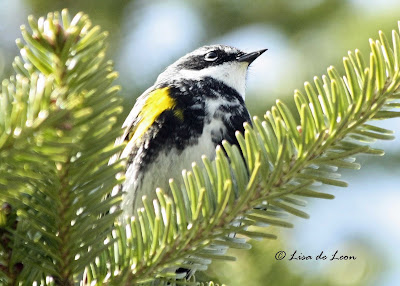 A trip to Bidgood's Park yesterday yielded more than a dozen YR Warblers throughout the park grounds. This is an amazing place for birds. The park is sectioned with great walkways that carve their way through the untouched and natural surroundings. I anticipate that this area will fill up with birds over the days to come. On weekdays it doesn't seem to be too busy at all. 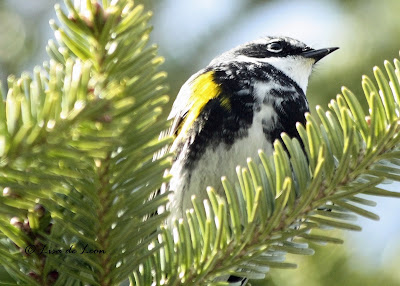 Along with the YRWs there were also a number of Boreal Chickadees to enjoy. Pictures of these to come in a future posting.  There were American Robins, Black Ducks, Mallards, four Tree Swallows flying overhead and one Black and White Warbler. The Black and White was my first of the season (documented with photo.) 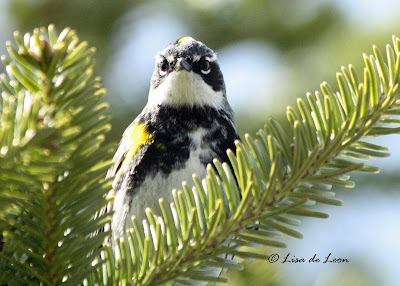 I kept staring into the trees watching for movement. I don't hear high-pitched sounds very well so I have to rely on my ability to discern movement. I noticed a small bird staying very close to the trunk of the tree. Yellow-rumped Warblers do not often do is. Within the 10 to 15 seconds I had to view the bird, I thought it was a Black and White but had to wait until I returned home to look at the picture and get confirmation of the sighting. 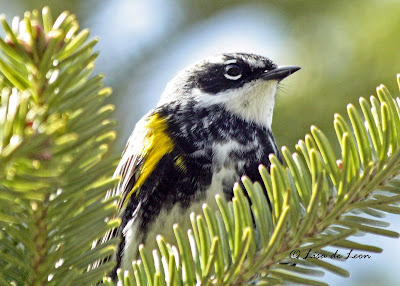 The Yellow-rumped Warbler is such a beautiful little bird. The first time I saw one was more than a year ago on Cape Race Road. I was stunned and amazed by the color of it. When I thought of birds in Newfoundland before, I really never thought of such great splashes of color. 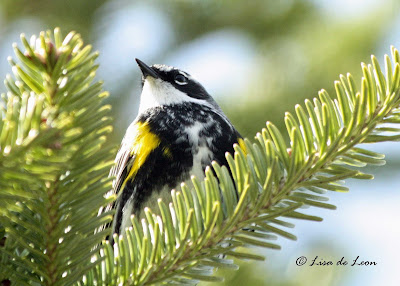 Last week while walking at Kent's Pond, I saw a small warbler that was not a YRW. It had a lot of yellow and I was surely certain that it was a Yellow Warbler which would apparently be very early for the return of this species. I rushed home and got my camera. (I broke my own rule to never go without my camera!) When I returned there was a small warbler in the same area but I am not sure if it was the same one. I got a very poor picture and the best guess of the species is the Magnolia Warbler. Were there two different species or is that the same one that I saw before? Who knows but one thing is for sure, now that the woods are filling up with fluttery life, I will be out there and I WILL have my camera.
Posted by Lisa de Leon at 10:35 AM