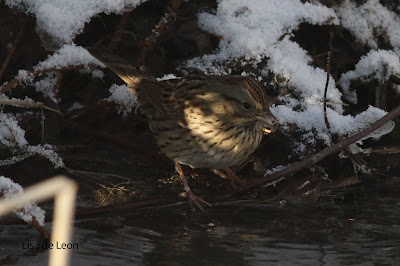 A number of good birds have appeared at or around Quidi Vidi Lake, and these pictured here are only a few. High winds and cold temps have deterred me from spending much time there. However, during the rare moments the wind drops, I often scurry down to see what I can see. 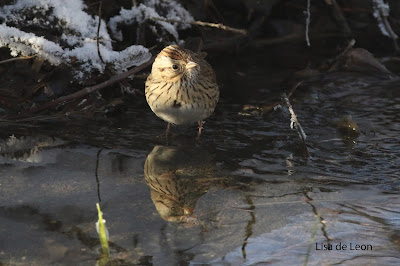 It was a good thing it wasn't too cold this day because this little Lincoln's Sparrow took its sweet time putting in an appearance. 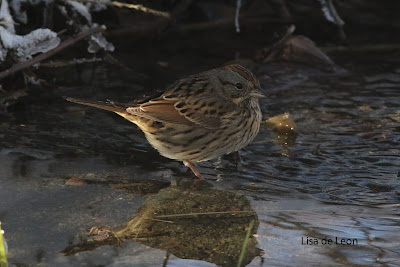 When it did finally show up, it stayed in the shadows and close to the brush for a fast retreat. The area is very active with walkers. 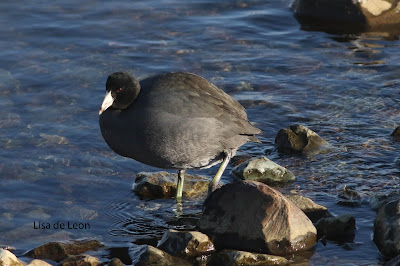 The American Coots have returned. The highest count at QV so far is three. When the other ponds freeze over, most water birds make there way to the lake which always has some open water at the two river outflows. 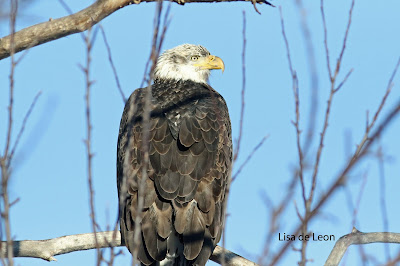 This time of the year will always yield Bald Eagles, often many of them. 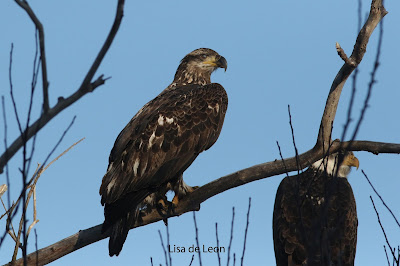 These two have been sitting around the pond on a regular basis, but there are some mornings when six or more eagles are around or on the ice. 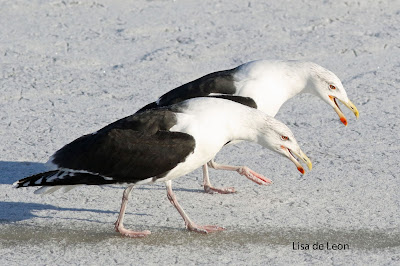 While scanning the area of rarities, there is always something to entertain at this location. These two bold and aggressive Black-backed Gulls pranced all around the ice edge growling and intimidating the other gulls in the area. 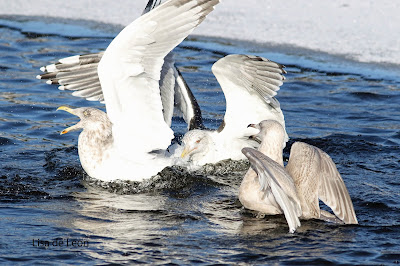 Frequently, one of them would pounce on a Herring Gull and fight to hold on. The Herring Gulls fought like crazy to get away and several other gulls came to the rescue. Pity the poor Dovkie if it mistakenly lands in this pool of water.
Posted by Lisa de Leon at 9:49 AM