Bullies of the Beach 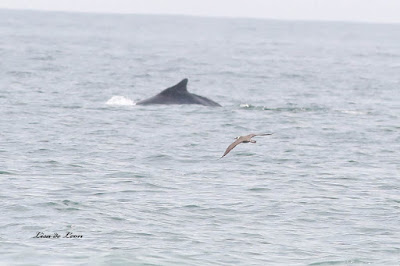 While whale watching at St. Vincent's Beach, there was an on-going distraction. Parasitic Jaegers kept appearing. 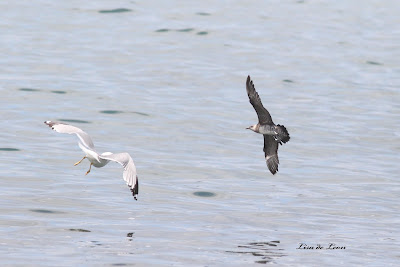 They were so aggressive and disruptive it was impossible to ignore them. They pursued the Kittiwakes, Ring-billed Gulls and terns. 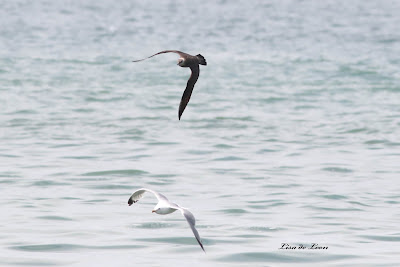 At times they would double team the attack. Yet, for all their hard work they came up empty-handed time and time again. There were some really close calls but no meals during a two-hour stretch. 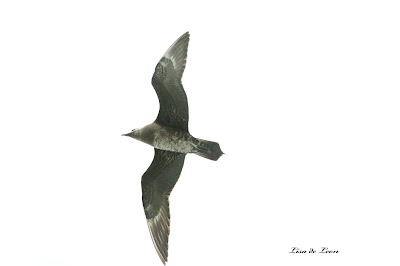 There finally comes a moment when it is necessary to pay these birds some deserved attention. There were at least four Jaegers working the air and the beach, at times landing on the beach. 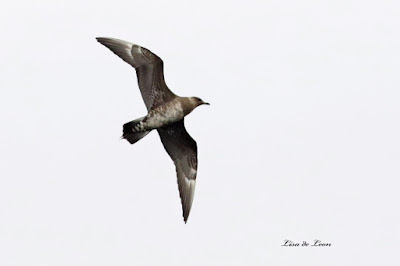 I say at least four, because there was one other different bird that joined the four for a brief encounter off the inner beach. While watching the four, a darker bird with wider and longer wings zoomed into the group and scattered the Jaegers. 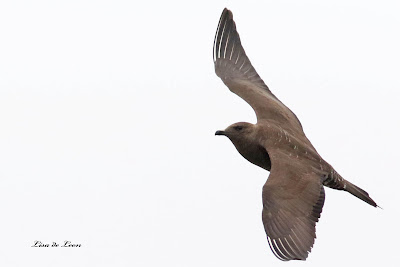 What was that? It was one of those brief "wow" moments you have to extend the binocular viewing. Sadly, the birds were low over the water with the dark trees in the background. When I lowered the bins and raised my camera, it was impossible to get a focus on any of the five birds. The first bird that came to mind was a South Polar Skua. I looked and looked and could not relocate the mystery bird. The Jaegers scattered like crazy and spread out over the water. 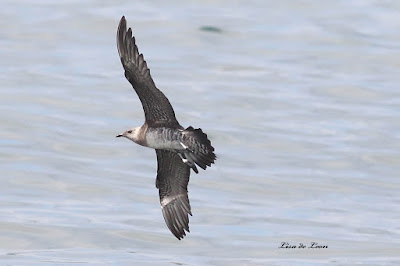 These photos illustrate the wide variation of the one species of Jaeger. There was one dark morph, one probable adult and two juvenile Parasitic Jaegers. It was a great opportunity to see them well. 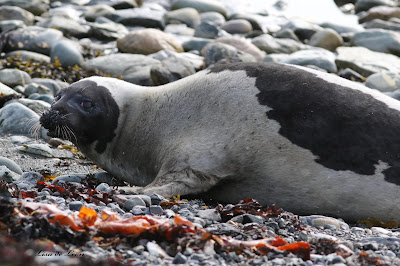 Also seen on the same day was this Harp Seal lounging on the beach in Renews. It popped its head up the minute I closed the car door. It struggled to get back to the water, but didn't travel far before resting. The weight of this creature could be felt and heard as it tried to move across the rocks. This is no doubt my best view of a Harp Seal. 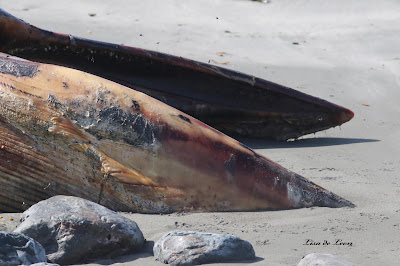 Sadly, there was another encounter in Biscay Bay. This Minki Whale beached a few weeks back. As unpleasant as it was, I was drawn to look at it as I have never really seen this species up close. Its body and shape is very, very different from a Humpback. Obviously, not all whales look alike.
Posted by Lisa de Leon at 7:51 AM