What the Heck is Pied? 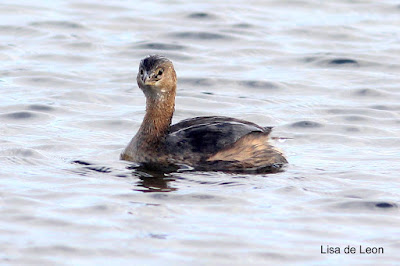 While they are not here all the time, Pied-bill Grebe show up somewhere around St. John's every year and typically stay for a while. So where do they get their name? Grebe means "feet at the buttocks." (Allaboutbirds) Pied means "of two or more colors" and refers to its bill because in the summer its bill turns silver with a black ring around it. Hence....Pied-billed Grebe. 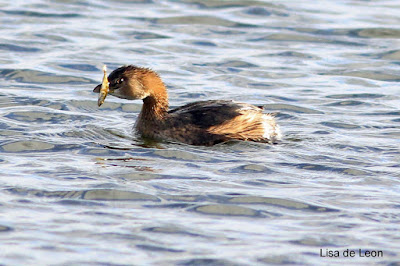 They can sit high or low in the water. The buoyancy is achieved by the grebe trapping water in their feathers. 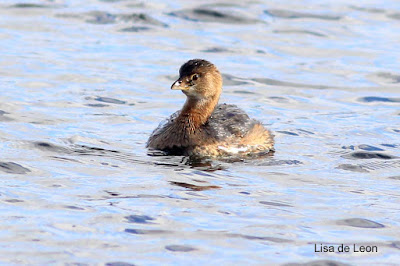 This is an interesting little bird and can be closely observed at Quidi Vidi Lake these days. Unfortunately, the light is often against you when viewing it in the morning. 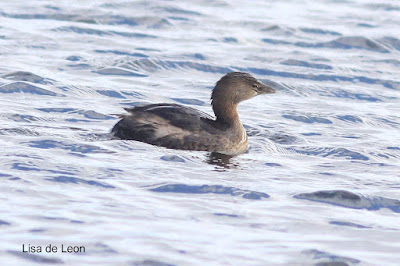 I watched as this bird battled with a small fish, and the fish seen above won. It was a really feisty fish and despite being munched on and tossed in the air, it managed to get away. This grebe is not a very good fisher. For some reason, this bird seems unusually tame allowing viewers to get within 10 to 15 feet of it. Given there haven't been many good birds around for about a week, this one is a great distraction. However, now that a Common Moorhen has been reported, the grebe may get lonely.