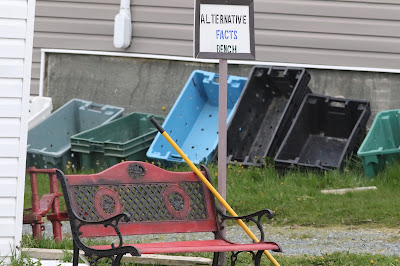 The Alternative Facts Bench in Ferryland is a great story-telling bench for birders like me. When I see something different in a bird, I always think the possibility of "rarity." 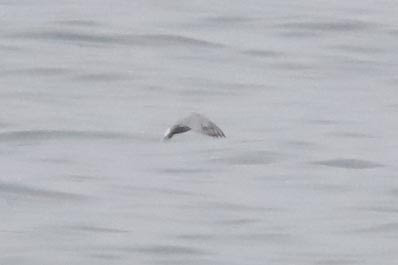 For example: There was this tern floating on the fog in Ferryland yesterday. It was smaller than the other terns, and that is what caught my eye. Shooting into very difficult elements, I was able to come up with two pics. 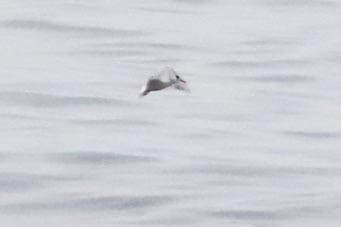 One of them clearly shows a bird with no black on its head. That sent me scrambling to look at the field guide. Best I could tell, an immature Common Tern had some black and had a dark bill. This bird did not. What were the other choices? There was a two-step process: First, remain hopeful; second, consult Bruce MacTavish. I did both, but to no avail. It seems this is an immature Common Tern. Maybe I should go sit on the bench. 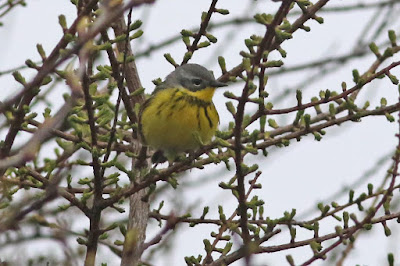 Not once, but twice did possible alternative facts creep into my day. In Bear Cove Pit, I had a two-second look at a distant bird high in a fog-shrouded tree. What I saw was a yellow bird with a neckless and streaks (not diamonds) dripping from it. Then, the bird vanished. My hopefulness kicked in again. I had just seen a Magnolia Warbler, and this bird didn't seem dark enough to be one. I didn't see any white on the bird, and so.... again my mind starts racing through other choices. I asked Bruce if a Canada Warbler were a possibility at this time of the year. "Not likely," he said. It took nearly 30 minutes to relocate the bird and determine it was a female Magnolia Warbler. I can see that I should probably warm the bench. 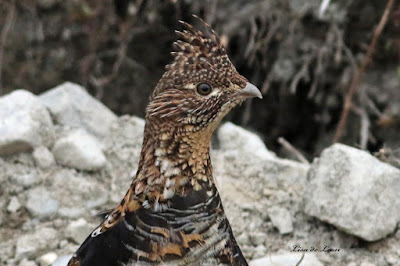 Shortly after that, Catherine Barrett spotted this beautiful Ruffed Grouse standing watch on a side road past Cappahayden. It was solidly planted. 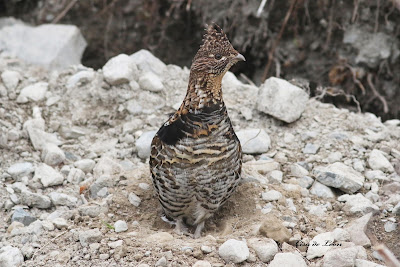 Since Catherine heard rustling in the woods, it is thought this bird was boldly protecting its young. We moved on.
Posted by Lisa de Leon at 6:35 AM