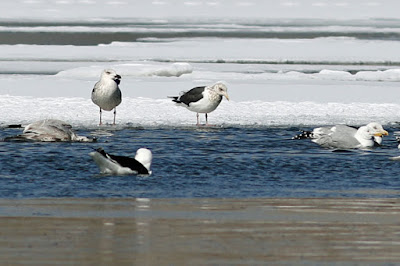 The bright sunshine this morning hauled me outdoors, despite the early-morning chill in the air. As the sun rose, the day warmed. It turned out to be a beautiful day for walking. 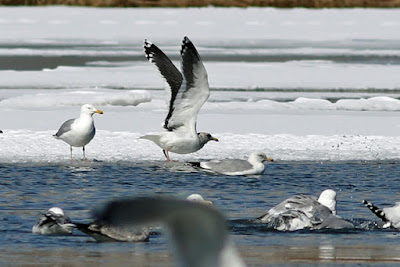 I started the walk at Cape Spear. There were very few birds to be seen, but the conditions made up for that. A few small flocks of Common Eider flew by as well as one Murre. I couldn't tell which kind it was. Guillemot dotted the water and one large flock of Long-tailed Ducks appeared and disappeared under the water. There was a feisty drone circling the area. 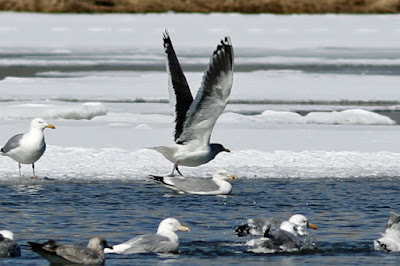 Maddox Cove had at least six Red-breasted Mergansers and a smattering of Guillemot and gulls. 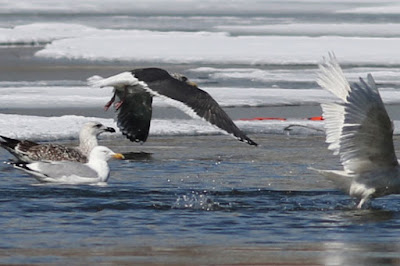 Third Pond was interesting. The parking lot had not been cleared and a front-end loader blocked the entrance. I parked there and took a walk-about. The brooks are open on both sides of the pond. Snow is not deep and easy to walk, and the growth is very low. Viewing the area was almost too easy. The only problem was there were no special birds in the area. Plenty of crows dotted the sky, starlings seem to have moved into the horse barns, and the typical ducks skirted around the marsh. 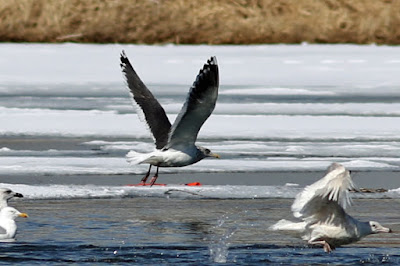 Bidgood Park was perfect for walking. Again, there were few birds. A small flock of junco and several Black Ducks ruled the park. 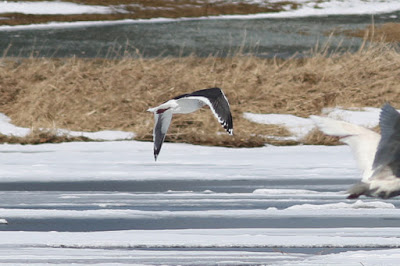 Fourth Pond is still quite frozen, easily supporting the walkers going from cabins to homes across the pond. The usual domestic geese were present. Cochrane Pond Road produced no birds whatsoever. Blocking the entrance to the gravel road is a h-u-g-e wall of snow. I figure it won't melt until sometime in July! 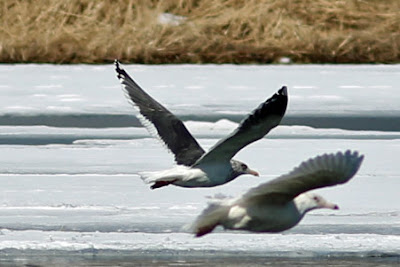 A quick jaunt into Mundy Pond showed the inner lagoon open. From a distance, I didn't see any birds in the area. Then, it was on to Quidi Vidi Lake. 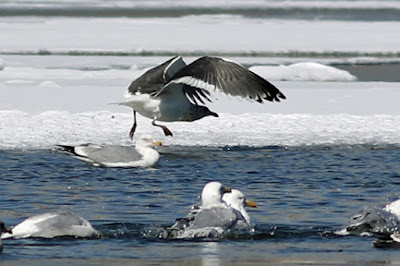 It was there I saw the prize-of-the-day - the visiting Slaty-backed Gull. It has been several years since I have seen one; and thanks to Frank King and his scope, I saw it very well. Too bad the bird was so far away, and photos don't do it justice. What a great way to end my longest birding outing for quite some time.
Posted by Lisa de Leon at 4:59 PM