The Cape At Its Best 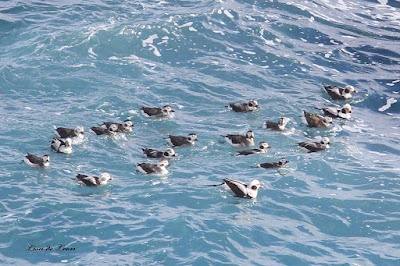 On this blustery day with gusts over 100 k, I can only imagine what it is like at Cape Spear today. I have been there when I couldn't stand up and been there when my car rocked so much it was impossible to focus my binoculars. The reality of Cape Spear is:  It is the best of places, and it is the worst of places, depending on the elements. 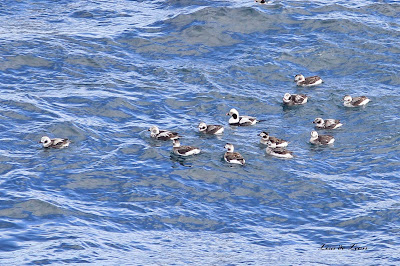 Only a few days ago, I enjoyed the Cape at its best. There weren't many birds in close to shore, only these few Long-tailed Ducks. Nevertheless, it was one of those days I couldn't resist sitting on a rock and enjoying the calm, warming day. 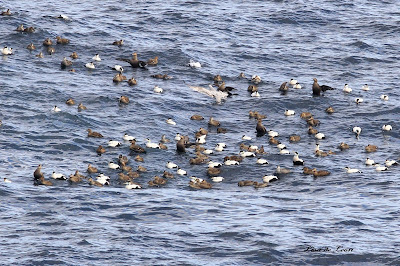 While I sat, I watched this flock of Common Eider. Initially, they were quite far offshore. First, they sent out a scouting party to check out the situation close to shore. This is common for eider. 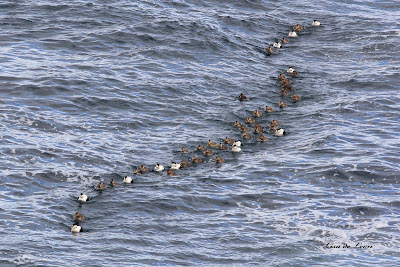 The tip of the flock wove their way in, just beneath where I was sitting. I eagerly scanned them for King Eiders. There were none. 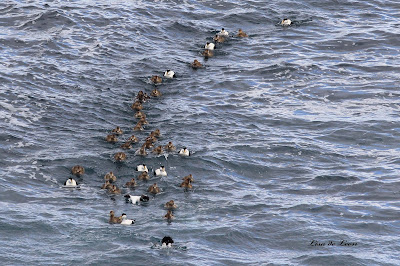 As the lead group neared the rocks, they began to dive. Shortly thereafter, the larger flock worked their way in close. 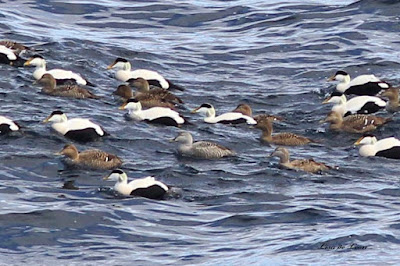 I was surprised to see only one obvious immature duck among them. There was also this very gray female Common Eider. It easily stood out from the typically dark brown females. 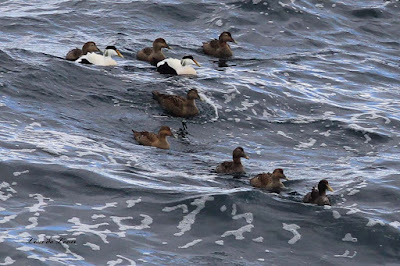 I remained focused on the immature duck.  Hoping to identify it as an King, I took numerous photos to examine the bird more closely. 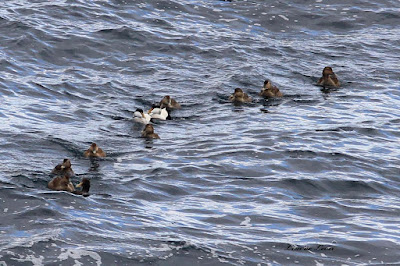 The more I was able to see the detail; the more I realized it, too, was an immature male Common Eider. 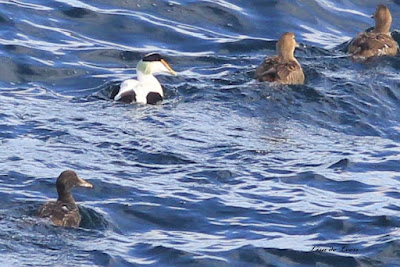 However, there was no disappointment. After all, I was sitting on the most northeast point of North America enjoying the sun rays and all birds that appeared before me.
Posted by Lisa de Leon at 7:28 AM