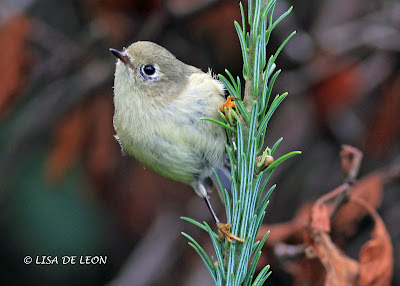 International visitors to my site have been regular and increasing. It is such a pleasure to have people from so many countries drop in from time to time. Among the countries of origin, many visitors from the Philippines land here. In appreciation, I have used a Tagalog phrase as today's heading: katuwaan lang means "just for fun!" 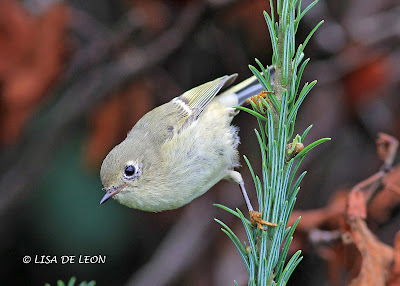 That is what today's post is all about - the pleasure of seeing so many little birds filling up the woods again. This Ruby-crowned Kinglet was one of four who greeted me on my walk Monday. She came close, looked around for a bit and quickly disappeared. 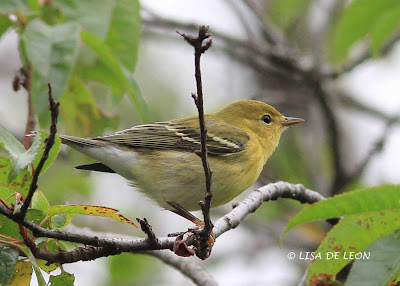 The presence of Blackpoll warblers seemed to have peeked last week. This week they are scarce. 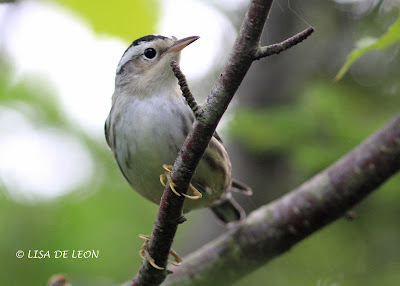 Black and White Warblers seen this week have increased over the last week or so. I saw about 10 on three short walks. 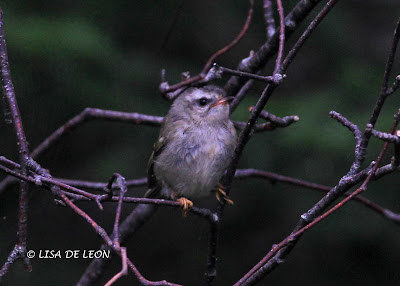 The Golden-crowned Kinglet is back. I came upon two large groups of these tiny little birds on Sunday off Blackhead Rd. 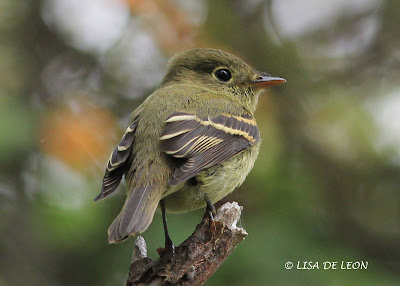 This handsome Yellow-bellied Flycatcher is one of my favorite birds of the summer. He has stayed all alone in a trail off Second Pond trail for more than a month now. 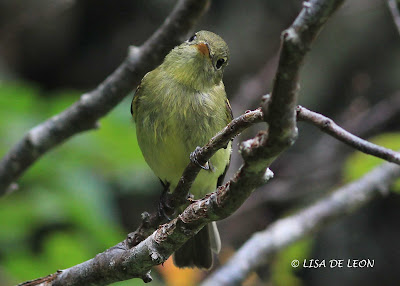 He is extremely curious and easy to approach. Since this area is seldom visited,  I think he enjoys the company. 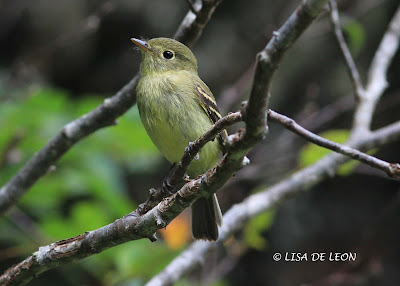 There is a good food supply in the area, but I have to wonder what is keeping this solitary bird in one place for so long. 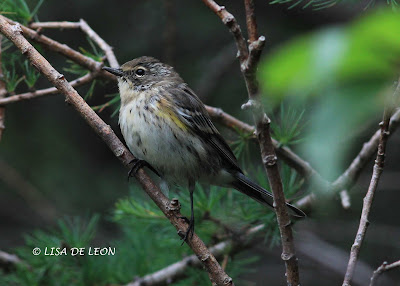 The Yellow-rumped Warbler is now showing up everywhere and in big numbers. The question is: What other species may be tagging along with them? 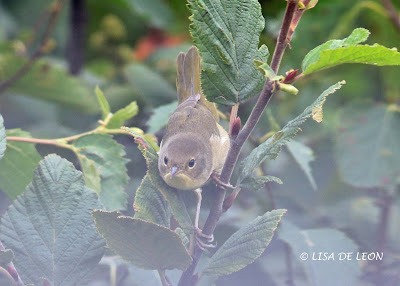 The Common Yellowthroat is now commonplace even in my backyard. I have seen 7 females over the last week, but no males have appeared yet. 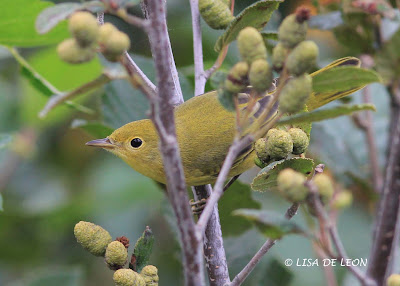 Yellow Warblers are scarce now. There were several places where they were ever-present. 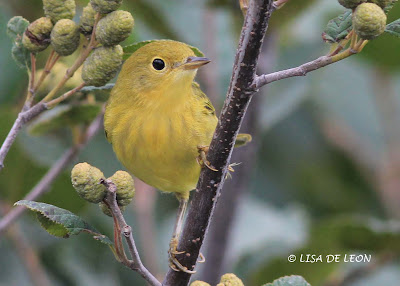 However, they have moved away from their breeding grounds and are few and far between. 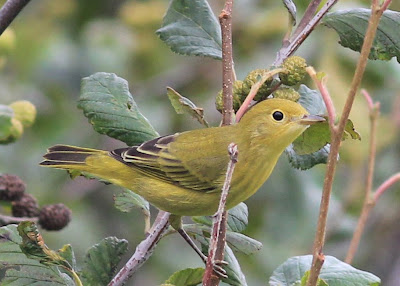 At this time of the year with migration in progress, I stop and check out every warbler, especially the yellow ones. Who knows what surprises may appear out of nowhere? 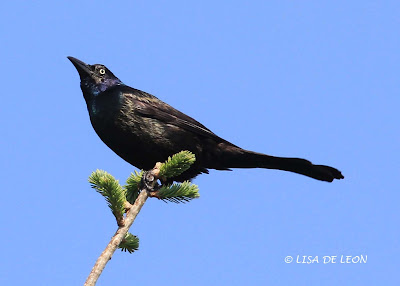 Common Grackles have been easily viewed all summer at Virginia Lake, and they continue to rule in this area. 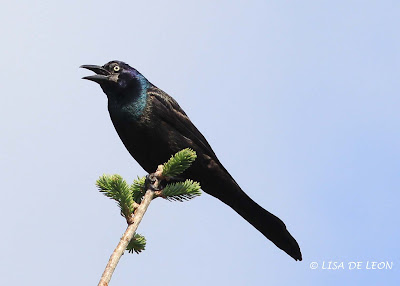 On the weekend, I heard two making quite a racket. I stayed in the area until they both showed themselves. These are quite beautiful birds. 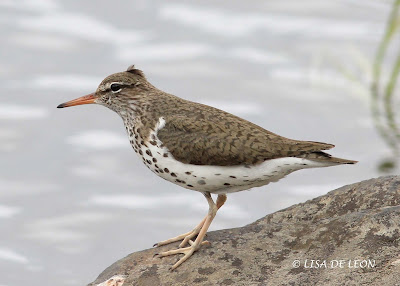 Shorebirds are few, but most of the summer I have been entertained by Spotted Sandpipers. Three continue to hang out along the river running between Second Pond and Third Pond.  There were three at Virginia Lake earlier this week - Spotted Sandpipers without the spots, must have been juveniles. 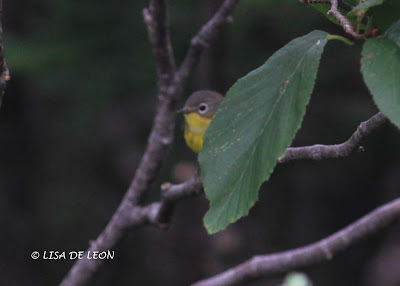 The most interesting find over the last couple of days was this great little immature Magnolia Warbler. I heard it singing as I drove along Blackhead Road. Hitting the breaks, I quickly stopped and began scouring the area. It finally popped out for just a second, and then, as quick as it came, it zipped off into the deep woods. There was not another bird in the area.

I've been quite busy this summer, but things are about to settle back into a less-demanding routine - just in time for some great Fall birding!
Posted by Lisa de Leon at 7:35 AM