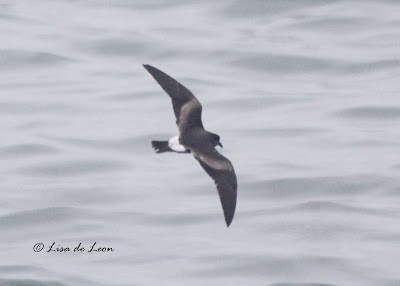 August 7, 2011, a day of 70km winds, blowing rain and lots of fog, brought in a bird that is very rarely seen from shore. On that day many Leach's Storm Petrels were seen at Bellevue Beach and a Holyrood Harbour. Once the storm died down the petrels disappeared. 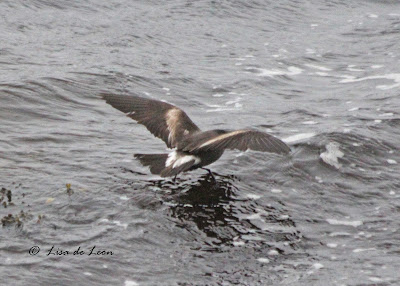 Seeing these birds was a special first for me. I rarely see sea birds unless I take a tour boat out to the islands. These birds behave quite differently from the puffins and murres that I see fairly often. They seem to walk on water. How fast must their legs move to keep them in one place on top of the water? This one that we found at Hollyrood Harbour was surfing the waves as it faced the wind. 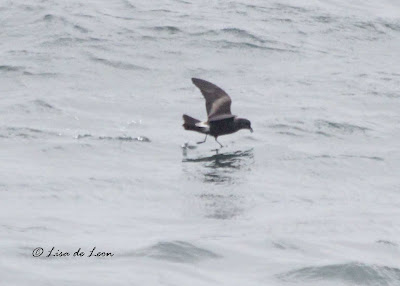 These birds live for a long time. The average lifespan is 20 year while the oldest recorded lived 36 years. Food must be more healthy farther from shore. References report that these birds only come ashore to breed. Well, this was the exception to the rule. While quite uncommon, these birds seem to have been blown in shore by the high winds and they were having a great time! 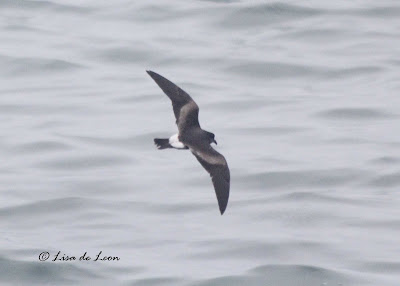 While the Leach's Storm Petrels return to the North Atlantic each year to breed, it is very uncommon to be able to reach out and touch one from shore.  Birders with scopes often report seeing them fly by at Cape Spear.
Posted by Lisa de Leon at 8:12 AM