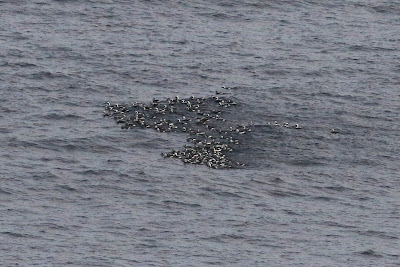 It was a fine morning at Cape Spear yesterday morning. I can never resist the calm conditions, and, I was not disappointed when I found myself staring out over the water. There was the typical flock of Long-tailed Ducks. One moment you see hundreds, and the next they disappear under the water leaving little trace they were ever there. 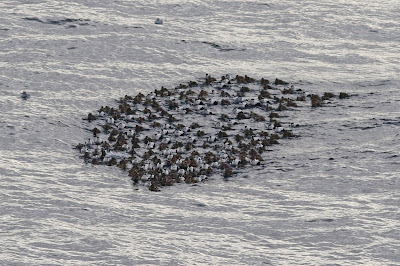 Below the canon a tight knot of more than 100 Common Eider was steadily moving in close to shore. I watched with anticipation. Then, the tranquil moment was shattered by the rapport of two gun shots. I quickly looked around to see if I were in danger of shots coming in off the water. 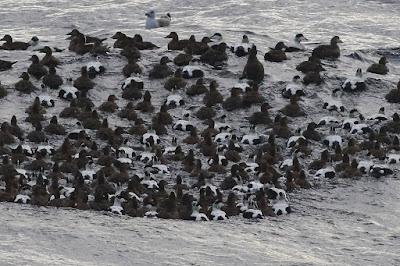 I wasn't the only living thing that reacted. The raft of eider made a  180 degree turn and headed back out to sea. Shoot! Literally! 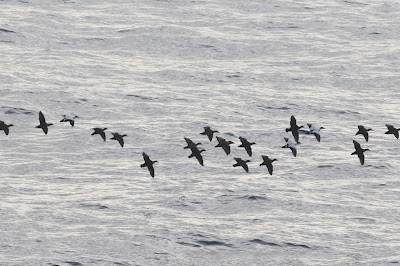 Around the bend several different, smaller flocks began streaming in from the north to join the larger flocks. 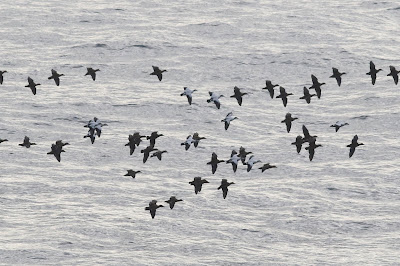 It was steady. In no time the approximately 500 eider flocks became easily 1500. 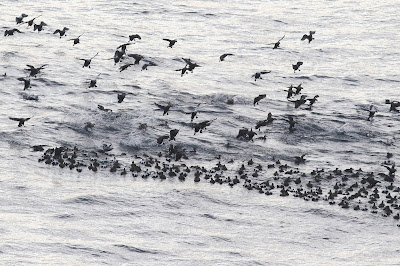 They pooled together as if there were safety in numbers. 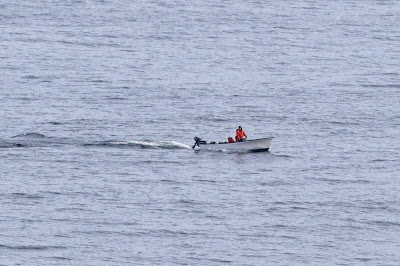 Chasing them was a lone gunman intent on taking a couple of ducks home. His full-throttle approach unseated every duck on the water. 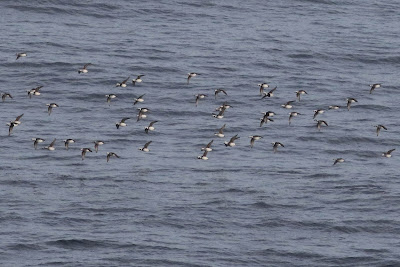 The Long-tailed Duck launched an air get-away by spreading out and making several directional changes, much like Purple Sandpipers do. Soon they vanished in the distance. 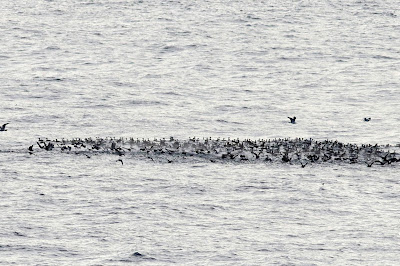 The jumble of eider weren't going to take it either. All of a sudden they lifted off. Unlike the Long-tails, these birds flew outward in every direction.  Briefly scattered, they eventually came together in a long streaming exit toward Petty Harbour. When the sniper was done, there was not one duck left on the water. After two hours of walking around the cape and the trail, not one had returned. 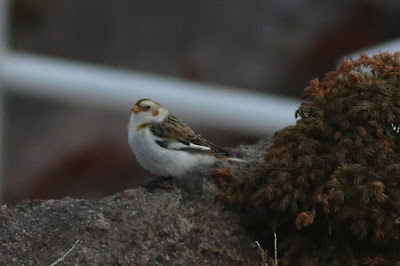 Other birds found in and around the area was this single Snow Bunting. It was skittish and didn't stay long. 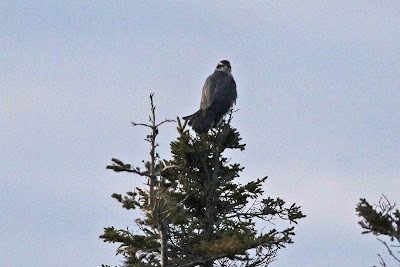 Near the cabin this Northern Goshawk flew across the road and landed in a tree. I was alerted to this bird by another birder who had seen it fly. I was able to relocate it perched high in the distance. 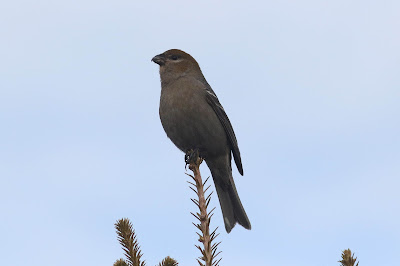 It seems the work on the East Coast Trail has finished, so I ventured in. Mostly the trail was clear of ice, but as the treeline narrowed, the trail became impassable. Mid-treed area, I found 12 female Pine Grosbeaks. Added to the pair I saw on the roadside, that made 14 for the day. There were also three Boreal Chickadees in the area.

When I looked at my watch, I wondered how time had passed so quickly. I guess it doesn't take much to distract me.
Posted by Lisa de Leon at 9:05 AM