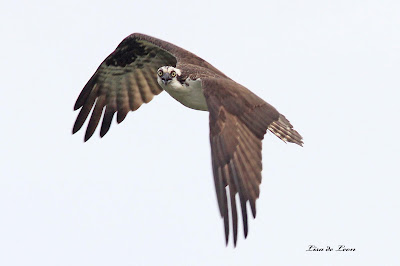 With all the rare bird sightings of late, it is a shame I have none of them to showcase here. Sometimes, you end up in the right place at just the right moment. Sometimes, it is luck and sometimes it is a result of smart birding. 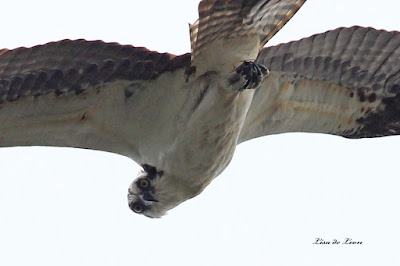 This encounter with an Osprey at Virginia Lake was luck! It is common to see this species feeding in the area, but it is not so common to have one come so close. 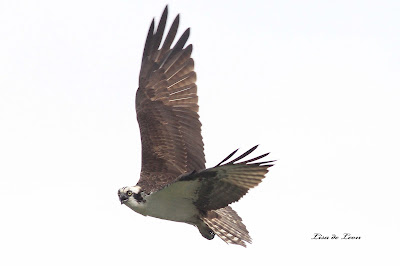 This Osprey was on a mission to catch a fish to take back to its nest. While it kept its eye on me during its fishing expedition, it never waivered from its purpose for being there. Just because I was standing close to the fish didn't matter. 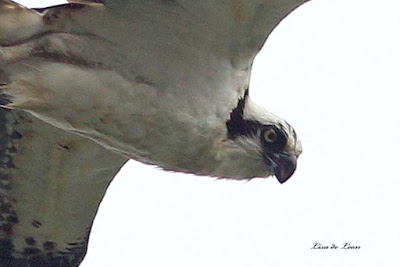 It searched and searched, sometimes seeing something of interest but opted to keep searching. 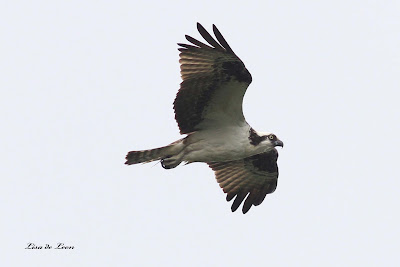 It flew back and forth in front of me. 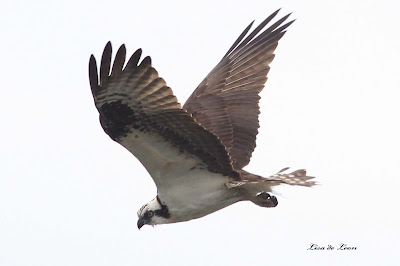 At times it would move closer to the water, then rise again. I wondered if the fish could see its shadow and if the Osprey knew that. 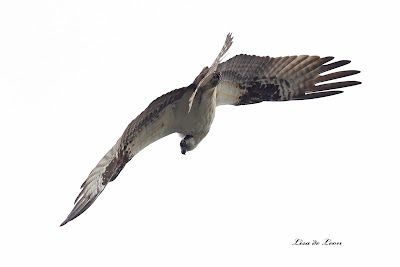 Aside: I looked this bird over closely to see if it was hosting one of the tracking devises attached to several local Osprey this summer. This one was not. 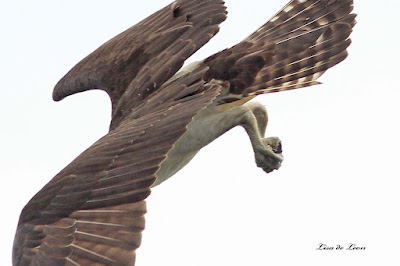 It was easy to tell when it was setting up for a dive. Its feet dropped as it swooped toward the water. 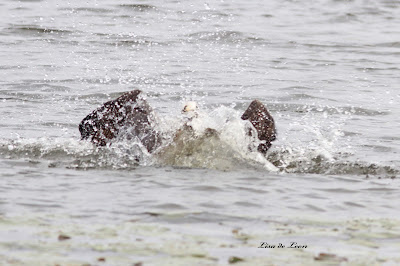 When with an enormous amount of speed and force, it plunged into the water grabbing the fish in the instant of impact. It is such an amazing spectacle. 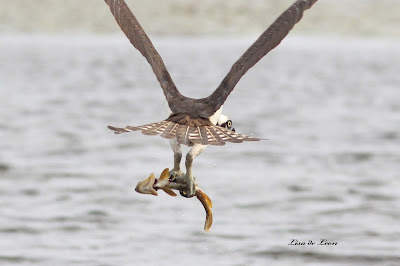 In no time, it lifts up out of the water with a small trout clutched in its grip. Successful, the Osprey then heads directly for its next. It is possible this is one of the birds nesting at Snow's Lane. There were two young Osprey reared there again this year.