Last New Bird of the Year 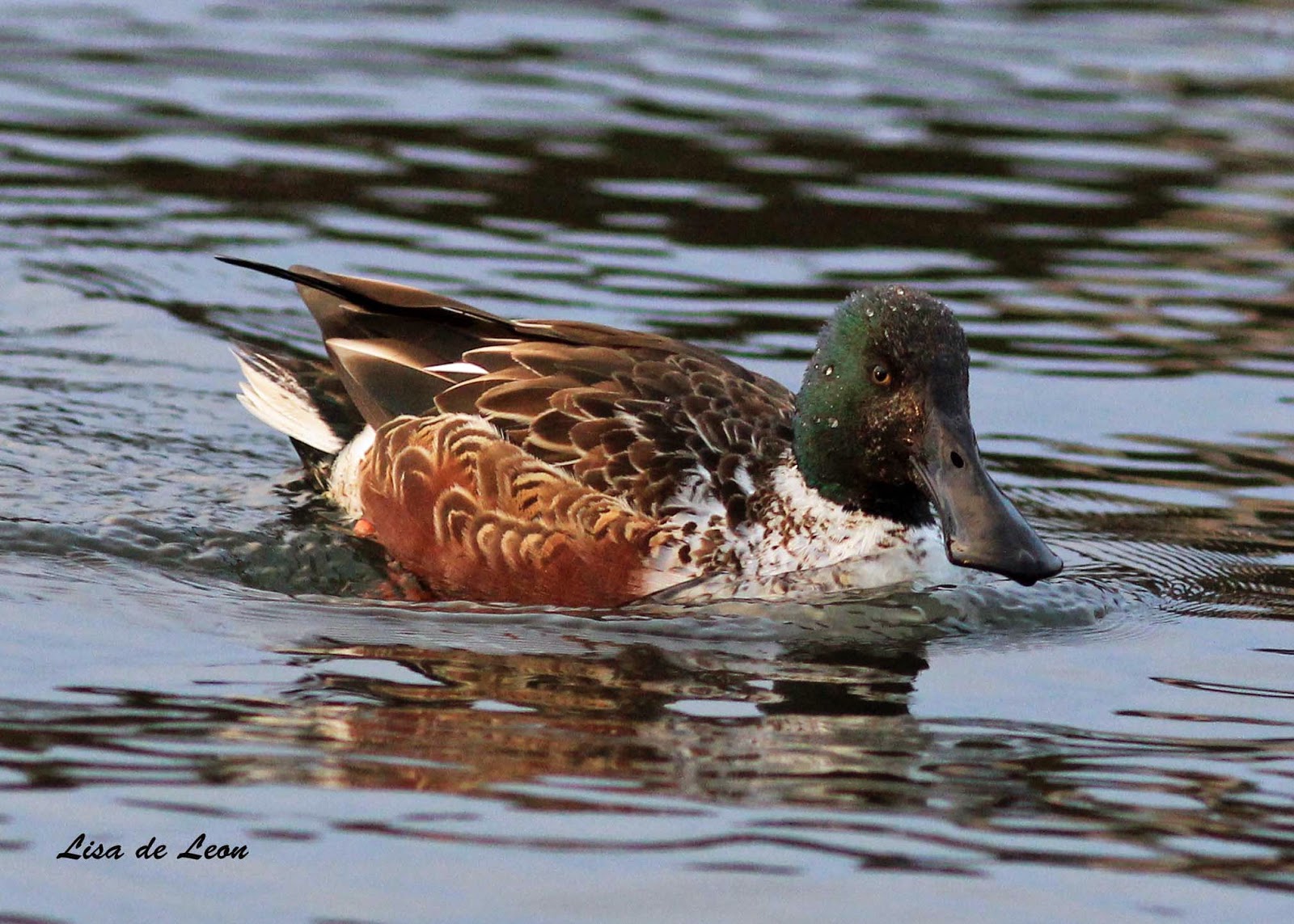 After two failed attempts to see the Northern Shoveller this year, I headed back to Neville's Pond one last time. 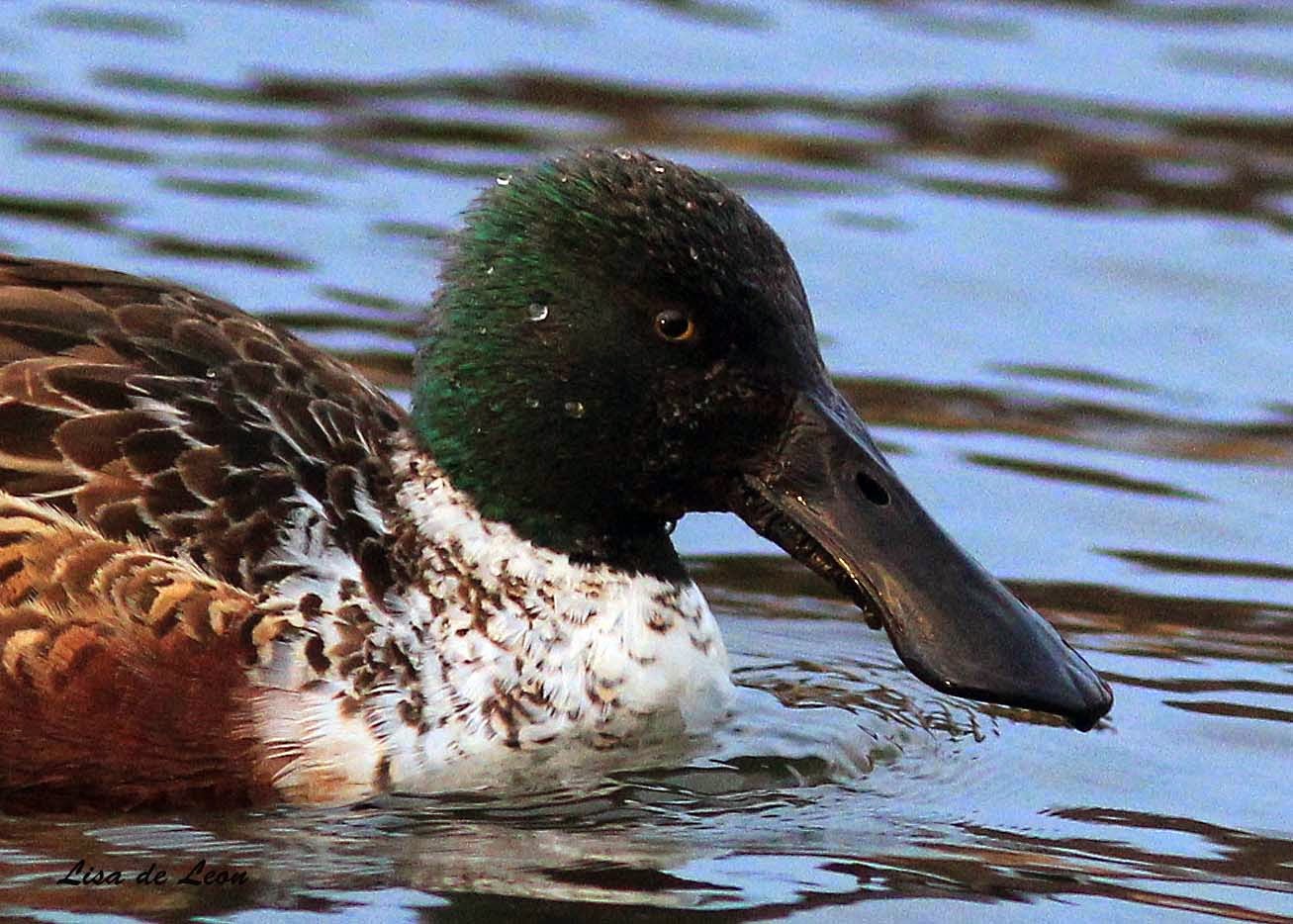 When I arrived, there was no shoveller in sight. However, there were some small birds around the edge of the pond that occupied me. 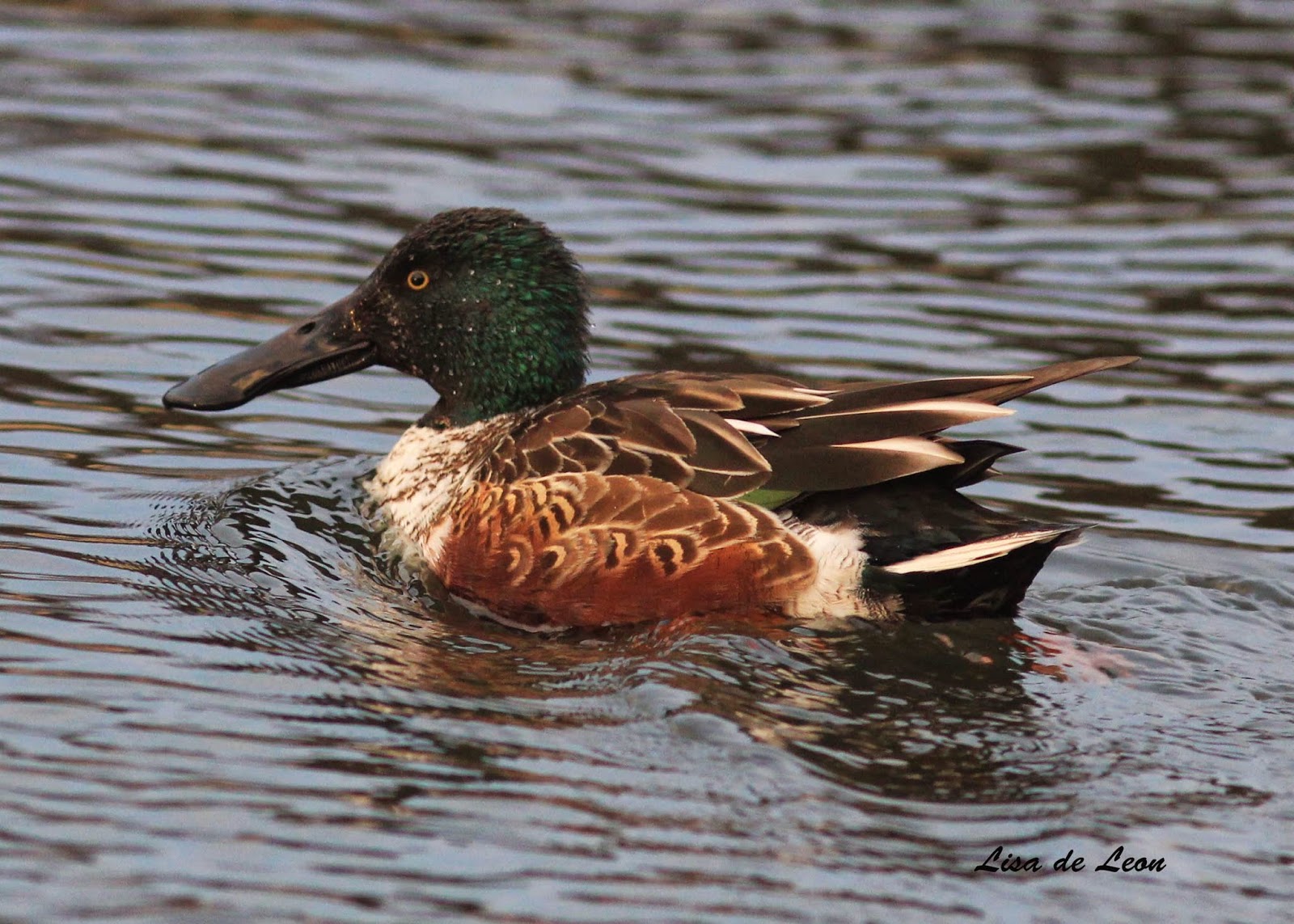 Then, all of a sudden a snipe blew up out of nowhere and flew towards me. It landed in the area of the stream on the opposite side of the road. I got a good look at it as it landed and was taken by how dark it was. With my camera in the car, I inched my way to get it. Obviously, I was not stealth enough, because the snipe flew into the high reeds. 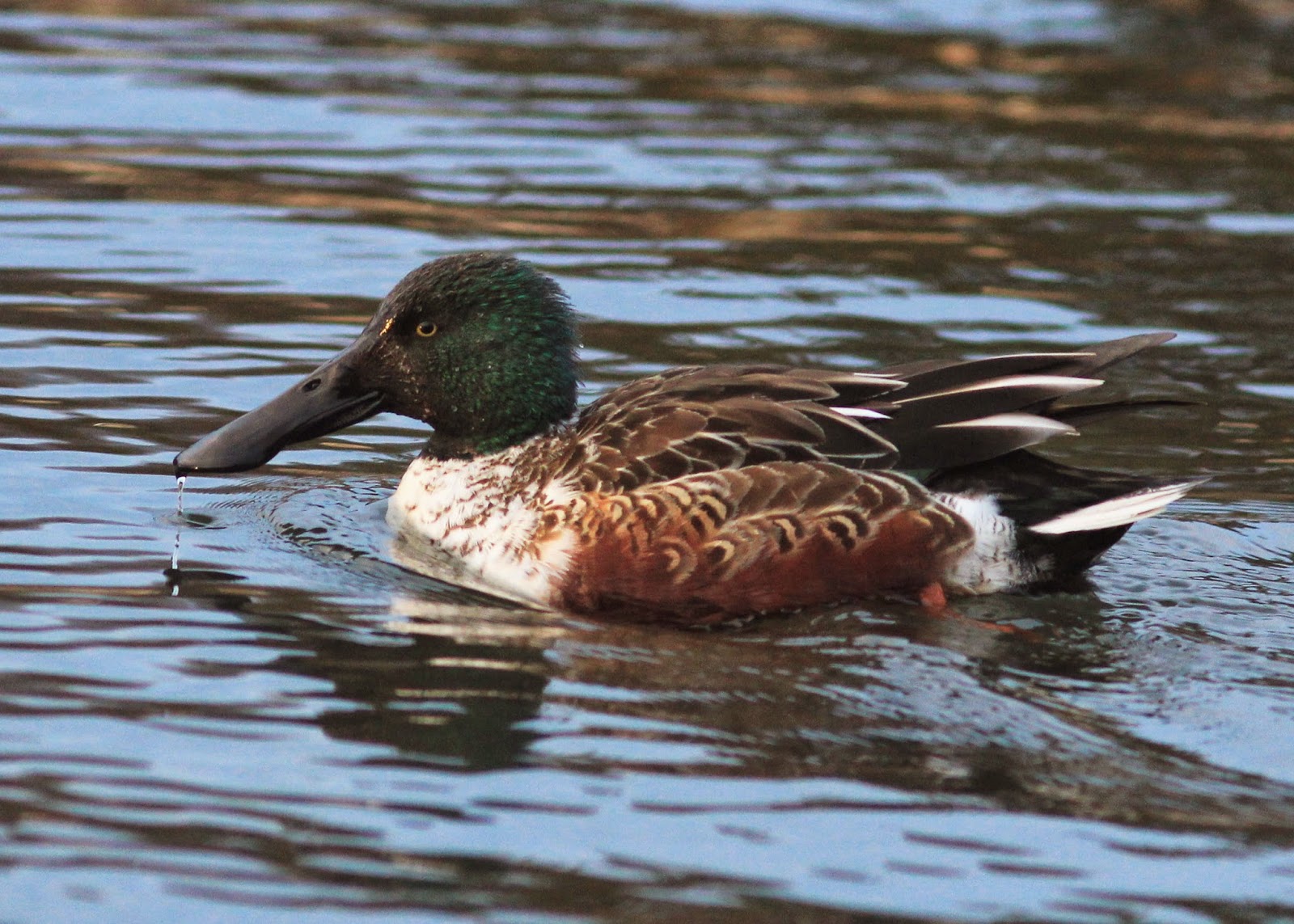 While all of that was going on, the handsome, male Northern Shoveller flew in and landed near shore. Mission accomplished! Yet, I keep thinking about the snipe I failed to photograph. Even though I am 99% sure it was a Wilson's, I keep wondering..."What if it was not..."