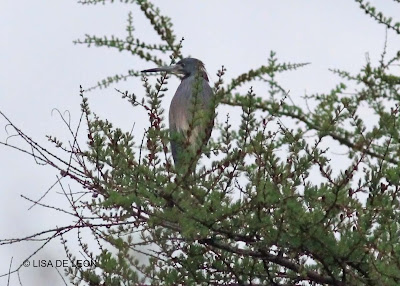 Yesterday morning turned out to be fairly warm, with not-so-high winds - a great day for a walk. I walked several ponds and trails and had a somewhat ho-hum experience with the birds I found. However, by the time the day ended, it was by no means, ho-hum. 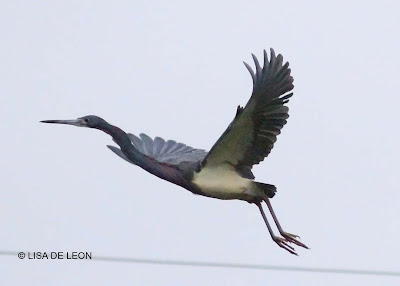 I had just returned from my walk and was about to have lunch when the phone rang. "There is a Tricolored Heron in Renews!"  That is a "drop-everything-kind-of-bird and just go." That's what I did. Stung by driving to Portugal Cove South TWICE and never seeing the Tundra Swan taught me a BIG lesson. I was going and going to stay as long as necessary to see this bird. 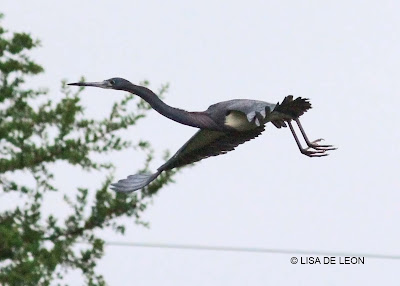 I thought I was quick getting to Renews, but there were those who were quicker. When I arrived, there were ten birders spinning around this small town looking up and down, but no Tricolored Heron was to be seen. That was 1:15 p.m. 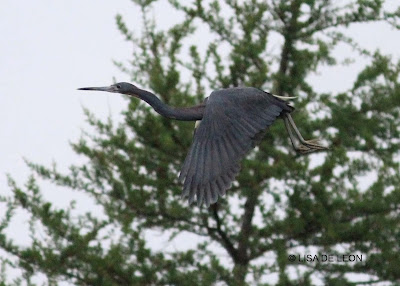 Thinking was that the bird would return in the evening to feed. Hoping was that it would show up any minute. I whiled away my time looking for the Eastern Kingbird and checking a few known "hot spots." No kingbird, nothing in the usual places, but I did get the surprise of the day when a hummingbird practically buzzed me. 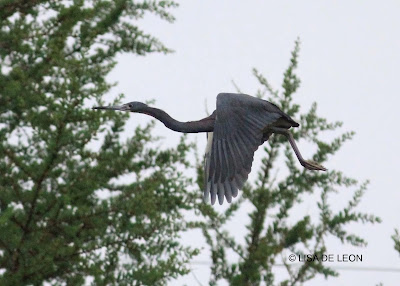 Time was passing slowly. I sat and waited when a local resident told me where the heron had been seen for the last two evenings. It was 3:30 when I parked my car overseeing the spot and waited and waited. 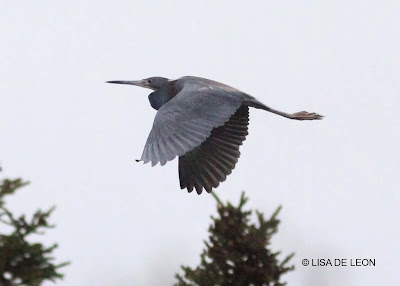 Dark clouds moved in and out. Rain showers came and went. Strong gusts of wind occasionally created ripples across the water. One lone fisherman stood in the same spot for hours, catching not one fish. 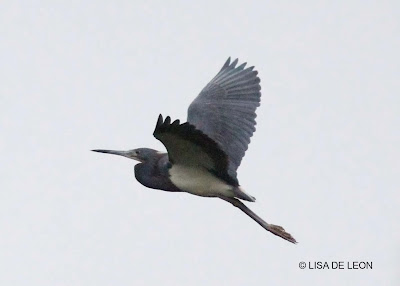 I sat long enough to have the Killdeer fly in right in front of me. Much later in the day the Willet flew in. Two loons moved between the open waters and the inner pool. Spotted Sandpiper dotted the water scape and a Belted Kingfisher added variety to the scene. The Common Terns fluttered, dove and fluttered and dove over and over. A cormorant flew in. As the day waned, more birds were moving about. 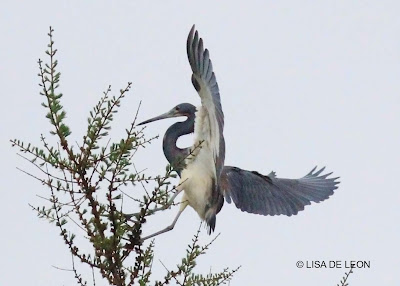 It was 7 p.m., prime time, but no Tricolored Heron. I was by now second guessing whether it was a good idea to just sit in one spot and hope. It helped to ease my mind a bit that there were other birders still cruising around the area. 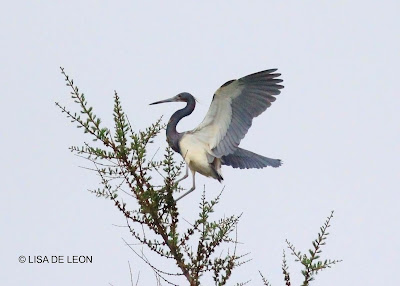 At last, around 7:30 p.m., I heard John Wells shout, "I got it! Got it!" I scrambled to grab my binoculars and camera and try to get out of my car without falling on my face. Anne Hughes was sitting nearby, but her window was up. However, I'm sure there was no doubt that the message was clearly "the bird is here" when she saw me loping down the lane to the road. The chain reaction continued. She, too, hopped out of the car and rushed to extract her scope from the back seat and off we went. 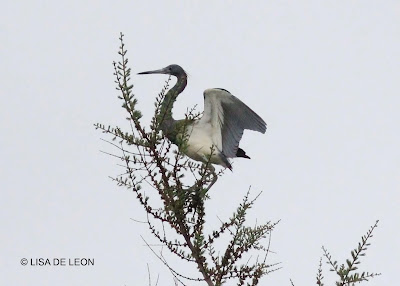 Within minutes, we could see the small outline of a bird sitting in a distant tree. Chris Ryan was parked closer. We stopped and Anne began setting up the scope. The bird flew. Chris waved us on, so we scurried like robin down the road to try to see it again. 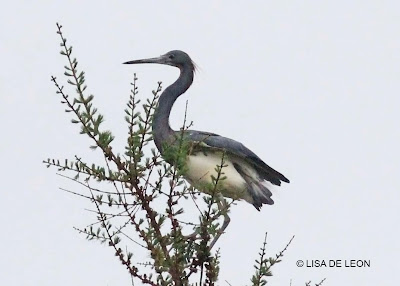 The first picture in this series shows what we saw. We all had the opportunity to look at it closely. By this time Gerard Hickey arrived, and we were all focused on the tree. 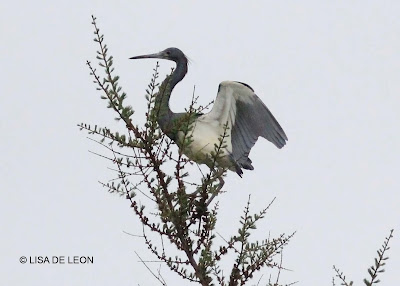 The heron started to wiggle a bit, and it was clear it was going to lift off. My rapid-fire shutter captured the trip from one tree to another. Awesome! 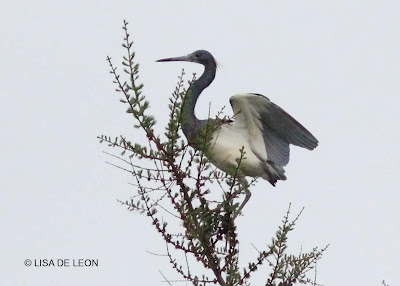 This southern bird (Louisiana and the Gulf of Mexico area) was now sitting atop a tree in the most northeast land mass in North America. What an amazing feat and treat! 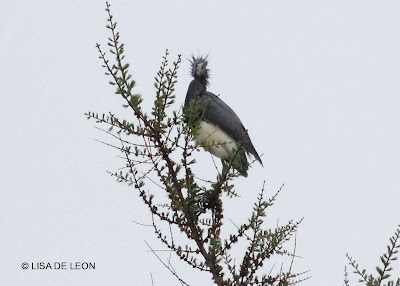 Once balanced on the tree top, he looked around and saw six of us standing on the road staring at him (YIKES) and plenty of people fishing around the area and decided he wouldn't stay. This adult bird in full breeding plumage lifted off one last time, circled around the pond and went back to the safety of the river where it had probably roosted for the day.
With more than nine hours invested in this sighting (including the drive), the sighting was all over in under ten minutes. Was it worth it? Absolutely!
Note: There is something strange going on with the blog site that has superimposed a picture on top of the first shot:(