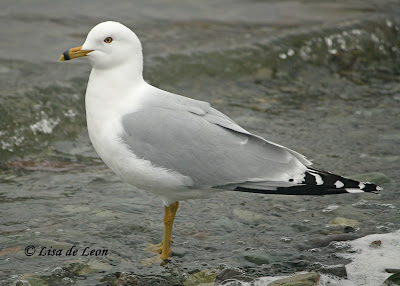 Well, Spring has sprung! We have had record-breaking temperatures for the last two days, and it has been wonderful! Yet, in Newfoundland we know that can go just as quickly as it came. However, among the birds, Spring is here to stay. Their feathers, beaks and legs are changing into their best presentation, and the song birds are exercising their lungs. 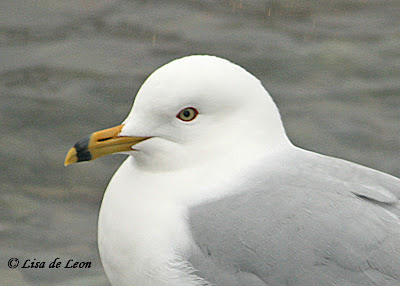 This is a Ring-Billed Gull; pretty aptly named! In the Spring the bright yellow returns to this gull's beak, and the winter streaking on the head disappears and is replaced with a snow white crown. It is easy to see in this picture that it also has a red eye ring. 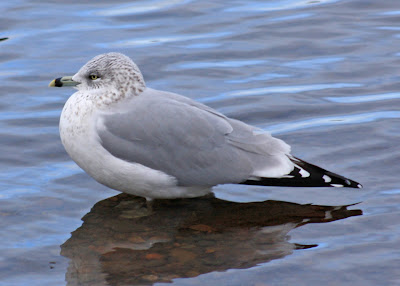 This image provides a clear contrast of the the Ring Bill in the winter. The beak and legs are almost green and the head is streaked with brown. The one constant with this bird is its distinct ring around its bill. 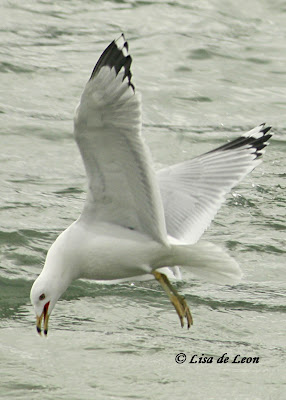 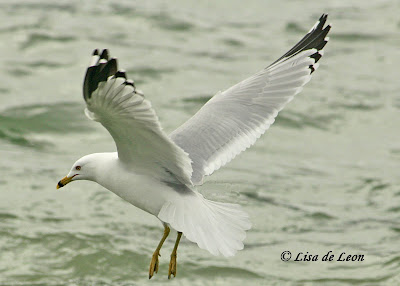 Over winter, there were only 4 Ring-Billed Gulls spotted in the St. John's area. Now that Spring has arrived, the harbour and urban ponds and lakes are seeing more and more arrive each day. This gull is relatively smaller than the Herring Gull and the Iceland Gull but is bigger than the Black-Headed Gull.

It is quite photogenic. If you're lucky, you might even spot one of these birds at the Yellow Arches enjoying some fries!
Posted by Lisa de Leon at 6:07 PM